Teeing off on homelessness 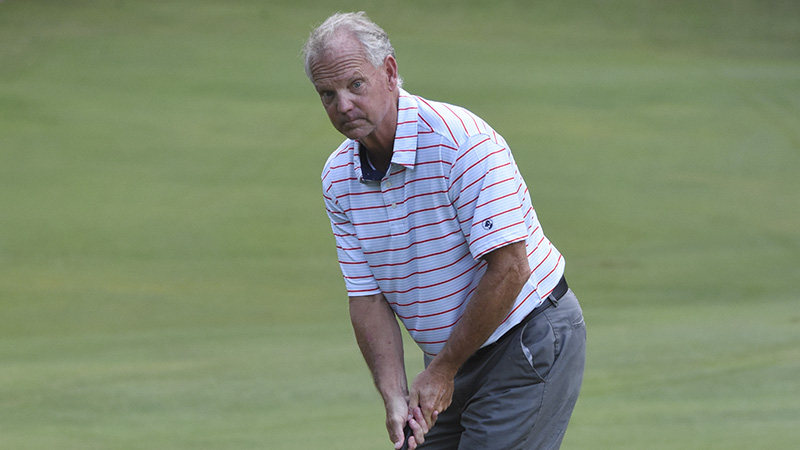 Jay Russell had just watched the other three players in his foursome miss a putt from just off the green Thursday, so he made sure to read it well. He pulled his putter back and watched as the ball raced down the green and skimmed around the cup before missing to the left. Russell smiled as he turned around in disbelief and the rest of his group let out a big sigh.

The group had started hot during Thursday’s Homeless Coalition Golf Tournament and had hopes of besting the 44-man field, but at the end of the day they knew Friday wasn’t just about golf. It was about helping people who many times don’t have a roof over their heads at the end of the day.

“Golf is great but golf is secondary,” Russell said. “To be able to help this entity and the homeless coalition is priceless. Hopefully, it’s going to grow and grow and grow. In a perfect world, we eliminate homelessness and this is a great place to start right here.”

Friday’s tournament at Highland Golf Club was the first that the LaGrange-Troup County Homeless Coalition has held.  Proceeds from the tournament were set to go toward a potential upcoming partnership with the Action Ministries.

Homeless Coalition president Denna´ Muncy said the United States Department of Housing and Urban Development is expected to redirect $156,000 toward Troup Country through Action Ministries. Word on that HUD funding is expected to become official in July or August.

“These funds will provide housing for 23 chronically homeless people,” Muncy said. “Examples of chronic homelessness are living in places not meant for habitation, such as car on the street, experiencing at least three episodes of homelessness, homelessness for 12 months and living in transitional housing. It’s not a typical family that has lost a job. It’s the tougher cases, which may involve mental illness, substance abuse or medical problems.”

A case manager will also be needed to oversee each of the 23 cases. Muncy said proceeds from the tournament will go toward the case manager’s $41,000 per year salary.

“Our goal was around $8,000 for the golf tournament because it’s our first tournament,” said Kendra Reisinger, who helped come up with the idea for the tournament. “At last calculations, I think we have met that goal.”

However, she said Troup County has always been willing to take care of the people who live there, and the tournament was another example.

“We’ve always been taken care of our own and the individuals that are a part of this today, they have the passion, the heart, the faith that in our community that we can turn around the homelessness and that we can help ours that are here,” Muncy said.