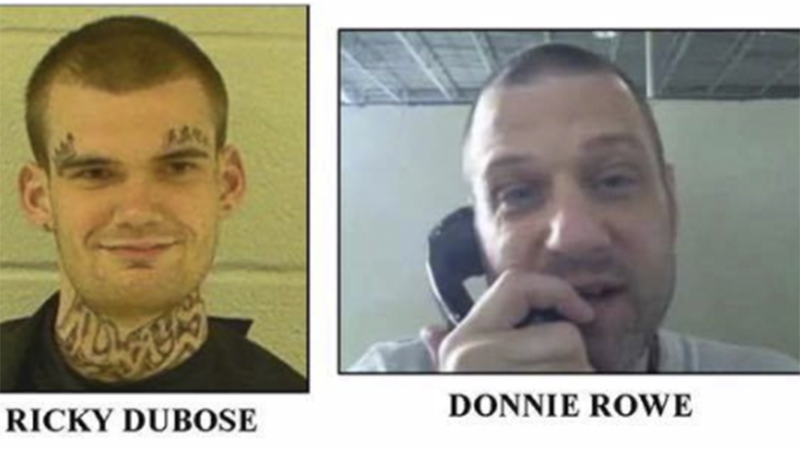 Multiple news agencies posted Thursday afternoon that escaped inmates Ricky Dubose and Donnie Rowe were seen traveling down I-85 South toward LaGrange, but the Troup County Sheriff’s Department is saying they have no reports of that being true.

The stories cited a post on the Muscogee County Sheriff’s Facebook page, which has since been deleted. The post said that the two inmates were possibly sighted traveling toward LaGrange.

“To dispel any rumors or conflicting reports, we have had no sightings of the two wanted individuals from Putnam County,” said the Troup County Sheriff’s Office page. “There was a report that they may had been sighted on I-85 in Troup County in a different vehicle, the persons in that car have been identified as not them. Nor have received any information that they may be in or heading to Troup County. Like every law enforcement agency in this state and every state we are updating the BOLO’s as we receive them to keep our deputies and the public aware should they come through this area. As always if you should the suspects or any vehicles they may be in, please dial 911.”

Dubose and Rowe were on a state corrections bus Tuesday when they got out of their restraints and entered the driver area, and are suspected of overpowering and killing officers Christopher Monica and Curtis Billue.

The truck has left and right side chrome tool boxes and has damage to the rear right fender.

The inmates originally escaped in a green 2004 Honda Civic, but that vehicle was found Wednesday, according to authorities.

If you have any information regarding the location of Dubose and Rowe, call 911 or 1-877-WANTED2.