Standard the same for Grangers 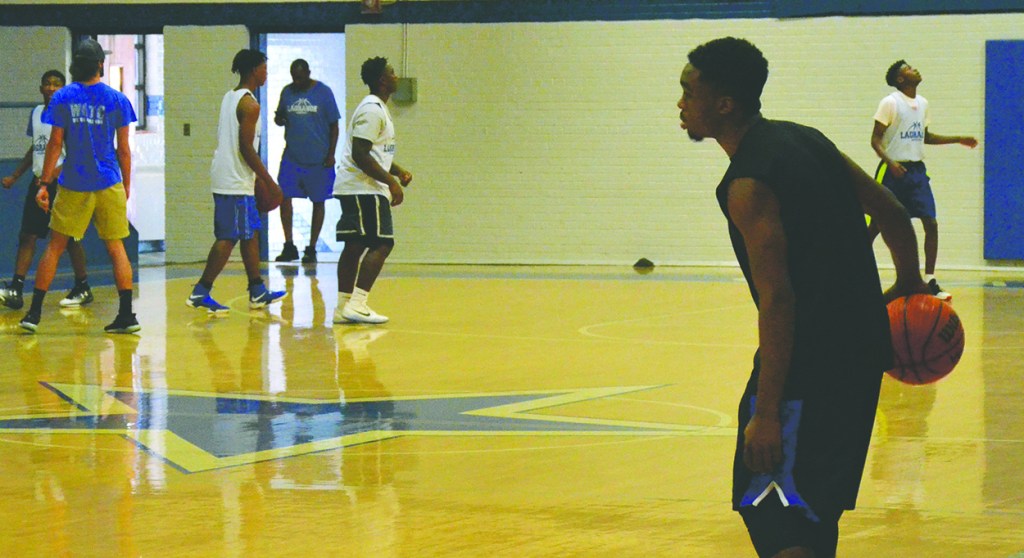 LAGRANGE – The names on the roster will be different, but the high standard remains the same.

The LaGrange Grangers were one of the best basketball teams in the state last season, and their year ended with a hard-fought home loss to Henry County in the Class AAAA quarterfinals.

The Grangers finished with a 26-4 record and a number four ranking in the state.

When the Grangers embark on a new season in November, they will have a drastically different look.

Last season’s team was a senior-dominated one, so it will be up to a new cast of players to keep the wins coming.

The new-look Grangers will spend plenty of time on the court together this summer.

The Grangers began their summer schedule last week, and over the course of about a month, they’ll play nearly 30 games.

“It may be a rebuild, but hopefully it’s a reload,” said Mark Veal, who is heading into his third season as the Grangers’ head coach. “We started playing games yesterday, and we saw a lot of good things. We actually see some potential moving forward.”

There were eight seniors on last season’s team, and seven of them either started or played significant minutes off the bench.

The one senior who didn’t play was Jalen Wilson, and that’s because he was injured.

LaPerion Perry, Gabe Duckett, Bryan Fanning, Kenan Gray, Jarious Freeman, Quez Jackson and D.J. Cooley were all critical players last season, and most of them are going on to play college basketball.

LaGrange’s top returning player will be senior Bo Russell, who had a terrific junior season.

A handful of other players played sparingly, and their roles will obviously increase dramatically next season.

The Grangers are coming off a fantastic three-year run.

During the 2014-2015 season, which was Mike Pauley’s final one as head coach, the Grangers won a region championship and made it to the state quarterfinals.

The Grangers, of course, have a tradition of success that goes back much further than the successful past three seasons.

“With coach (Mike) Pauley and before that, our program has been built up and has stayed steady,” Veal said. “We play these teams from Atlanta, and they know LaGrange. We’ve got a nice tradition and a steady program. They know when they step on the court and play LaGrange, they’ve got to be ready because we’re going to bring it. No matter how many we graduate, here we come.”

Veal said these summer games serve as a great learning tool in advance of a new season.