Community to ride for a hero 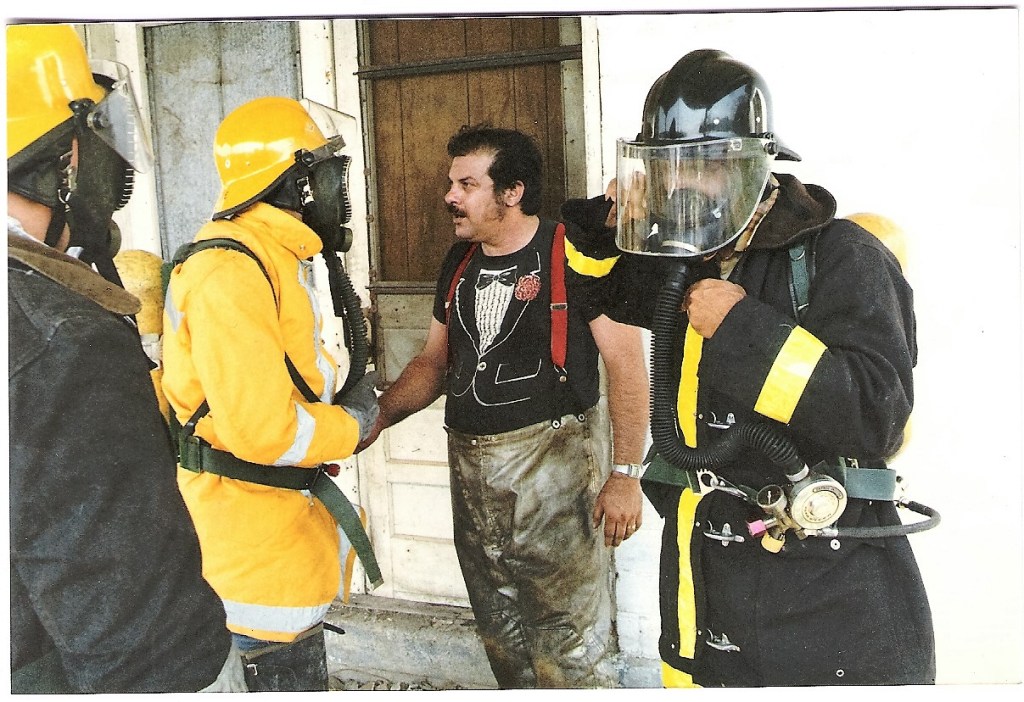 Bruce Zamelsky, center , talks to other firefighters during his younger days. (Submitted)

On Saturday, the community is being called to give back to a veteran first responder who has saved countless lives during his years as a firefighter.

A benefit ride for retired Firefighter Paramedic Bruce Zamelsky is scheduled to start at 11 a.m. on Saturday, and friends and family have asked that the community show its support by celebrating his accomplishments as he takes on the most difficult challenge of his life — a form of cancer known as Cholangiocarcinoma.  Cholangiocarcinoma is a cancer in the slender tubes that carry digestive fluid bile through the liver.

“My dad has been a firefighter, paramedic EMT from the early ‘70s,” Adena Lackey said. “He started in New Jersey and has gone from New Jersey to Florida, back up to Georgia, and then all throughout Georgia. In ’93 he went back up to New York City to the New York City Fire (Department), and he took a position with OSHA, and he was there through 9/11.”

After 9/11, Zamelsky returned to Georgia and continued doing his part to save lives.

“He has always been the person helping other people in the background, and he has a gruff and tough exterior with a giving heart,” said David Wall, Zamelsky’s friend who works as the division director of the Georgia Fire Academy.

While in Georgia, Zamelsky worked to train young firefighters, who went on to save even more lives.

“He worked for us here at the fire academy for a short time, but in that short time he made a big impact because he only operates under one speed — wide open,” Wall said. “This is during training, and he insisted on the students doing everything well and making it work in the real world. Now it is time for the community — if we can — to give just a little back, and just support him.”

The funds raised at the event will help Zamelsky and others affected by the Cholangiocarcinoma.

“All the money, all the proceeds that don’t go directly to him to help with his final expenses is going to go back into the community for the Cholangiocarcinoma foundation — which is the type of cancer that he has,” Lackey said. “Only about 100,000 people a year even get it, and by the time you get it, it is metastasized to a level that is usually stage four, so the side effects, the signs are so normal and random that people don’t even realize or think that they have it.”

To read about Zamelsky’s experiences as a firefighter, check out his book “Memoirs of a Firefighter/Paramedic,” which is available on Amazon.com.

The benefit ride will start at the Elk’s Lodge at 905 South Davis Road at 11 a.m. Registration begins at 9 a.m. Vehicle registration is $25 and includes one lunch ticket. Additional lunch plates are $5.

Great Race to travel through Newnan