Webb an example of modest athlete 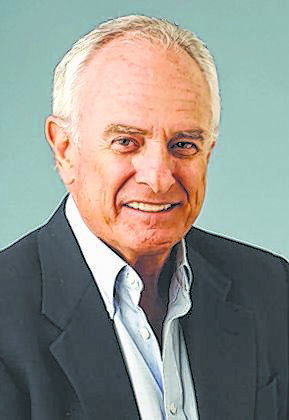 ELBERTON – With all of the superstars of the National Basketball Association and their millions, private jets, headlines and klieg lights, a sage question comes front and center with alacrity:  Could they be any happier than Chester Webb, an Elbert boy with high marks for his deft hook shot in another day, one blessed with All-America honors at Georgia Southern, followed by a signature afterlife in lockstep with faith, family, friends—flourishing in the community which spawned him?

While I don’t know what LeBron James, Stephen Curry and Russell Westbrook want out of life, I hold the view that they will never be any more fulfilled than the soft spoken, laid back man who spent his post-graduate life coaching and teaching while gardening on the side, rabbit hunting and drinking coffee at the McIntosh Coffee Shoppe here at 24 North McIntosh Street.

Tall tales abound at McIntosh and any statement that might arouse suspicion is always polished off with, “That’s the honest God’s truth,” as if God had a vested interest in setting things straight at a coffee club. Look out the big window at the table on the north side of the restaurant and someone will tell you authoritatively that they know where the jetliner, fogging out a cloud-forming jet stream, is going. “That one is headed to Washington, D. C. and the one that just came through was going to Charlotte,” someone said. You expect small town coffee clubs to be frequented by patrons who know such things as that.

The only member of the club who mostly listens is Elbert County’s most famous latter day citizen, the aforementioned Chester Webb. (Ol’ Dan Tucker lived here. So did a Governor, a Secretary of War, blues guitarist Baby Tate, an author and Revolutionary war heroine, Nancy Hart.  The families of explorer Meriwether Lewis and William Harris Crawford, who almost became President of the United States, owned land here.)

The abridged thumbnail sketch of Chester’s life is that initially he wasn’t very good at basketball, but got better and better, landed at Statesboro where J. B. Scearce polished him into a star, who was graduated from what was then Georgia Teachers College. Chester had a military obligation and was okay with serving his country, but that got into the way of any notion that the NBA might be worth a fling. Syracuse, then a member of the NBA, drafted him in the first round. He would have been in the draft class with Bill Russell, K. C. Jones and Tommy Heinsohn. That heady status put him in the middle of basketball royalty.

After doing his time with the Army, Chester never looked back, landing a high school job coaching in Baxley after being discharged.   In 1964, Elberton called him home where he and his wife of 59 years, Carol, have lived happily ever after, serving the schools, community and church the old fashioned way. Pitch in and give of yourself, but don’t make any noise about what you do. An accomplished athlete with a modest and selfless bent always leaves any observer with an inner spark. Makes you want to spread the news across all borders.  In sports, the rest of the story is often not so pretty.

Chester Webb developed a masterful touch with a basketball in his hands. He spent hours perfecting his patented hook shot with which he was adept at scoring with either hand.  His high school coach, Roger Parsons, had played for Scearce in Statesboro and wouldn’t let Chester enroll anywhere else. Living on the Athens Highway, Chester had an early affinity for the University of Georgia, but Bulldog basketball seldom turned any heads in that era. “Elberton,” he says, “is a Georgia town and a lot of people around here were disappointed that I did not become a Bulldog.”   Webb played four years for the Professors, averaging 30.5 points per game his senior year (his career average was 24.0 ppg). He once scored 47 points versus Piedmont and 45 against Stetson. His jersey No. 22 was retired in 2010.

During his coaching and teaching career at Elberton, Chester became the community’s most celebrated gardener—corn, greens, tomatoes, peppers, squash, okra and potatoes.   He restored his family home which means the hands which stripped the nets in a notable college basketball career were just as productive in the soil and with a hammer and saw—the simple things which bring the fulfillment and redeeming pleasure in that others share in his handiwork. That is why his plaque as a member of the State of Georgia Hall of Fame, elected in 2014, hangs at McIntosh’s alongside a tribute plaque to Patsy Neal, who was a distinguished women’s basketball player.

With sports, modesty is often in short supply. Chester won’t talk much about his career but always sings Patsy’s praises. “She was some player,” he will say. Time spent with Chester Webb makes one hark back to the verbiage of the legendary sportswriter, Grantland Rice who once wrote: “For when that one Great Scorer comes to write against your name, he marks—not that you won or lost—but how you played the game.” Chester Webb could have been the model for Rice’s poem.

Webb has underscored an abundant life with a helping hand and altruistic motivation—the All-American boy who became an All-American player who is hooked on being a good neighbor and a good citizen in his hometown. There are NBA stars with a ring on every finger, who don’t have that.

Keep on moving, don’t give up