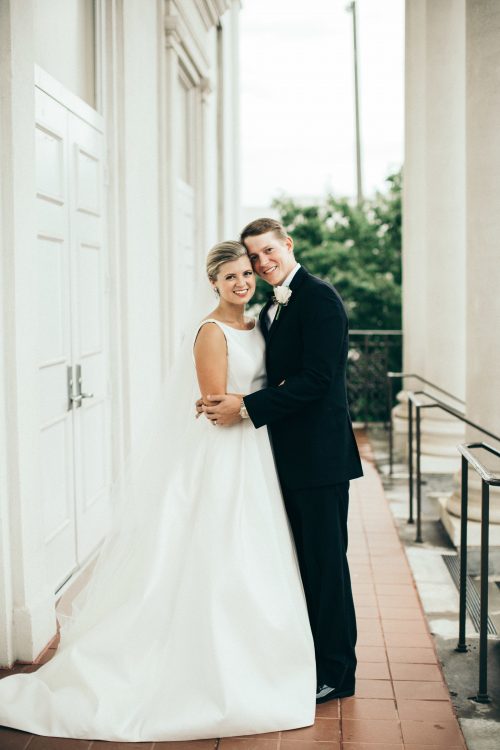 Allison Childress and Bo Bradford were united in marriage on May 20, 2017, at First Baptist Church on the Square in LaGrange with the Rev. Paul Everett Blair and the Rev. Grady Franklin Vaughn III officiating.

The parents of the bride are Dr. And Mrs. George Wilson Childress. The bride’s grandparents are Mrs. Ruth Carpenter Childress, the late Mr. and Mrs. Joseph Eugene Page Sr. and the late Mr. Wilson Parker Childress.

Both the bride and groom attended LaGrange High School. Bo graduated in 2010 and Allison in 2012.

They also both attended Auburn University. Allison graduated in 2016 and majored in public relations and is currently employed by the Chicken Salad Chick corporate office. Bo graduated in 2015 with a mechanical engineering degree and works as a pharmaceutical sales representative for Eli Lilly and Company.

The couple is now living in Savannah, Georgia.