Deputy injured on I-85 recovering 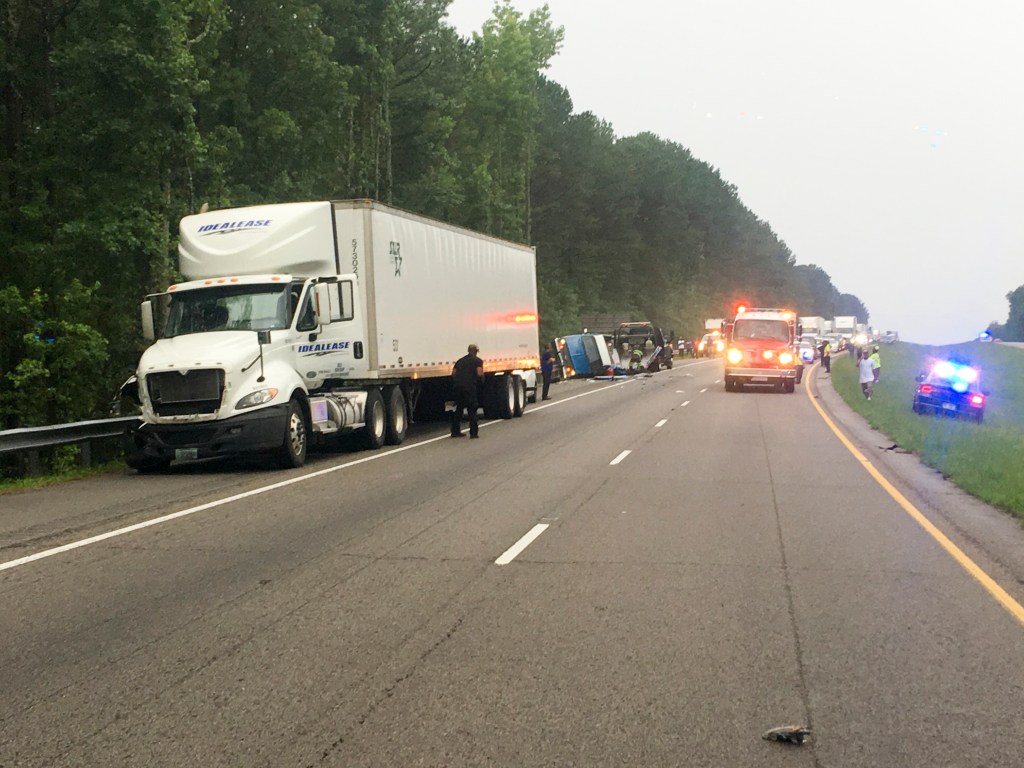 Troup County Deputy Stephanie Masouka was knocked over a guard rail on I-85 on Thursday. --Submitted Photo

Troup County Sheriff’s Deputy Stephanie Masouka has a broken leg and is recovering after surgery following an accident Thursday that knocked her over a guard rail, according to Sheriff James Woodruff.

Masouka was injured Thursday at 6:15 a.m. while working an accident on Interstate 85 North near mile marker 12. She was talking to the driver of a wrecked pickup truck when a tractor trailer struck the back of the wrecked truck and knocked her over a guard rail, according to the sheriff’s department.

“We had some officers go down twice and see her yesterday. Obviously, she’s still in pain from the surgery, but other than that I think she’s in pretty good spirits,” Woodruff said.

Woodruff said the wrecked truck was in the emergency lane when it was hit by the tractor trailer. He was unsure how far Masouka fell.

Georgia State Patrol worked the accident, so Woodruff was unsure if any charges were filed. GPS did not immediately return an email sent Friday afternoon seeking information.

Masouka worked with the sheriff’s department previously, but just returned after working with the Columbus State University Police. She has only been back with the Troup County Sheriff’s Department for a few months.

“We really are one big family and any time one of our officers or one of their family members is involved in an accident or has a serious medical issue, we always rally around them to make sure their needs are met and to do what we can to make that time easier for them,” Woodruff said. “That’s what we’ll do for her. I’m sure she will be out of work for a while, and we will rally around them. If we need to do fundraisers to help them with their expenses, we will do that. Whatever it takes to get her through this.”

The condition of the other person involved in the incident was unknown Friday afternoon.

Details on the original wreck, which involved the wrecked pickup truck, were also not available.