Taking a ride with Fred Jones 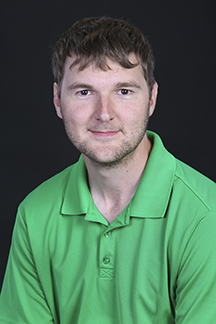 Earlier this week, I received an email about Fred Jones, a local man who was donating his car to the Georgia Tech Auto Show. At the time, I knew little about Jones’ car, where the car was being donated or even who Jones was.

Trying to get information, I gave Jones a call and he invited me to Vernon Woods Retirement home. He told me to swing by and pick him up, so that we could go see the 1925 Model A Speedster he was giving away. To be honest, I wondered what I was getting myself into, driving to a retirement home to pick up an 88-year-old I don’t know and going to a far out spot in the county that I’ve never been to.

As it turns out, it was one of the most enjoyable experiences I’ve had so far in LaGrange.

Jones’ car is incredible. I’m the last person you’d want to stop if you had car troubles on the side of the interstate, but even I was in awe at Jones’ vehicle, which dons Georgia Tech’s old gold and white colors and is in pristine condition.

If you’ve ever seen Georgia Tech’s actual Ramblin’ Wreck vehicle — the one that leads the Yellow Jackets football team onto the field — then you have an idea of what Jones’ vehicle looks like. It’s a tad different and has a personal touch too. He put the number 51 on the side as a reminder of the year graduated from Tech.

He built the car about a decade ago and used it to complete a dream of his — driving in the Ramblin’ Wreck homecoming parade. His entire family was there that day in 2008 and the LaGrange Daily News ran a photo of his accomplishment.

If I make it to 88 one day, I hope to have the mind and physical abilities that Jones does today. It’d be a bit of a struggle for anyone to squeeze into the car, but he made it look easy. He’s one of the most incredible people I’ve met so far in LaGrange, and I’m sure he has many more stories to tell. I hope to hear them one day.

I can’t thank him enough for his generosity and for taking the time to tell me the story of his car, how and why it was built and for giving me a few hours of his time. The car will be officially donated Tuesday. It’ll be used to bring attention to the auto show and to Georgia Tech in general. I can’t imagine a more perfect way for the car to be used.  The story of Jones and his car  is an example of the kind of story I like to tell.

If you know of any other good ones, send me an email at daniel.evans@lagrangenews.com.

Use common sense around storms