Cruising for Christ back after hiatus 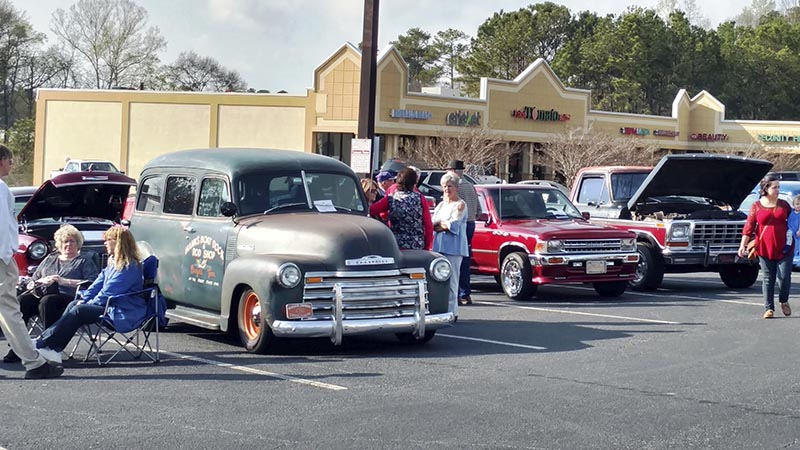 Cruising for Christ will meet on July 15 for its next meeting. --Contributed

Every time Levern Davis parked his 1955 Ford Fairlane, someone would come along and strike up a conversation. Davis saw that interest as a chance to have a deeper conversation on faith, a topic many shy away from.

“Every time I put gas in it someone would want to talk to me about that car,” Davis said. “Me being a Christian, I thought what better way to break the ice than to use a car for Christian purposes.”

Davis launched Cruisers for Christ in 1998, an outreach ministry based in LaGrange. The group is made up of car fanatics that also have an enthusiasm for Christ.

The ministry ended in 2008 due partly to dwindling numbers, but Davis decided to restart it this year after nearly a decade hiatus.

“Now, I feel like it’s an opportunity to start it back up,” Davis said.

The group has had three scheduled events so far, although all of them have been impacted by weather or holiday weekends.

Cruisers for Christ is moving to a new location at parking lot on the corner of Bull Street and Broome Street for its next event on July 15, and Davis is hoping for a big crowd. Each cruising includes live music and at the next event The Soldiers of Salvation and Denny and C.J. Grimes will be performing.

“People park their cars and hang out and talk, and my theory is if you have enough of those cars out there, you’ll draw people from the outside in,” Davis said. “That’s the group we are really after.”

“We’re a Christian ministry that really hangs its hat on cars. If the cars don’t show up, then we’re not going to draw a crowd and then we’re dead in the water,” he aid.

The group also has drawings for door prizes and a 50/50 jug drawing at each event. All of the Cruising for Christ events take place at 5 p.m.

For more information and for a full schedule, visit www.cruisersforchrist.org.

Dropbox installed at PD for prescriptions