Dropbox installed at PD for prescriptions 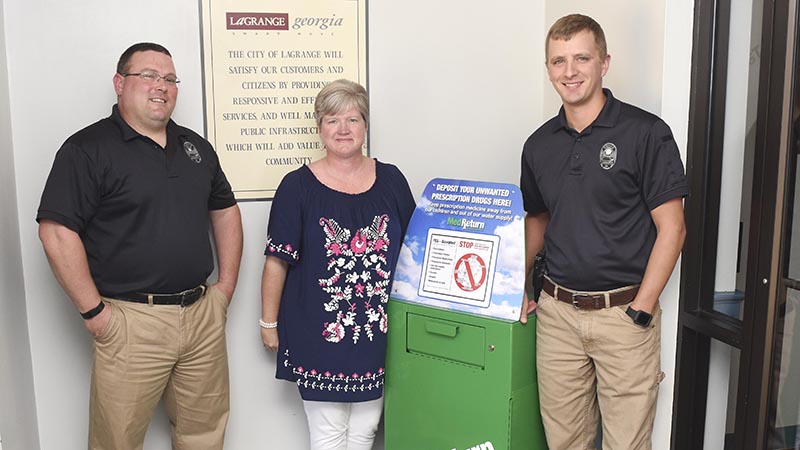 The LaGrange Police Department is doing its part to get prescription drugs off the streets.

The department installed a new prescription medication dropbox last week, giving people a way to dispose of old or unused prescriptions in a responsible way.

“Statistically speaking most teenagers or younger adults get the majority, or at least some of the drugs, that they may use or take to parties by opening their medicine cabinet at home,” said Sgt. Mark Cavender with the LaGrange Police Department.

The dropbox can be used for any kind of solid pill, but is not for liquids, needles or pressurized medicine such as inhalers. Cavender said the point of the bin is to get drugs off the street.

“It’s a one-way drop. It’s like a mail slot, it falls into a bin. We collect it and then we destroy it,” Cavender said. “There’s no questions asked. We don’t know who is dropping the stuff. We don’t call them and say ‘why did you have 14 prescriptions for narcotics or morphine or something like that.’ It doesn’t matter to us. Just drop it, that way we know it’s off the street.”

“It might be their first segue into trying some type of pill.”

The box is not for pharmacies or doctor office use. It’s only for personal use.