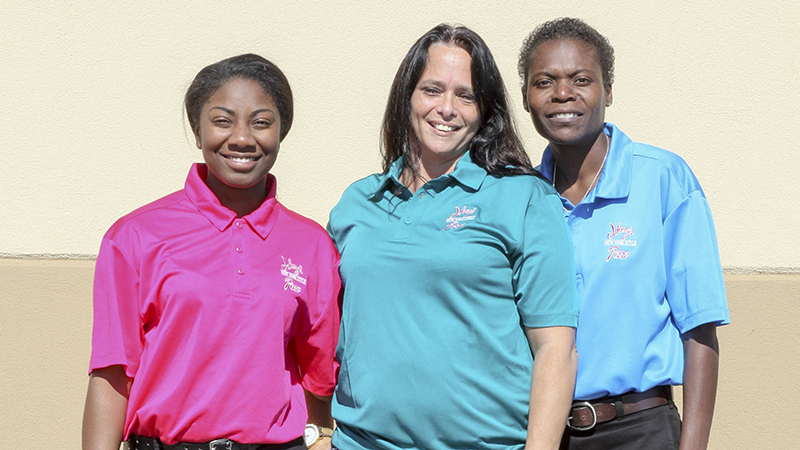 In just a few weeks, locals will be able to enjoy pizza inside a restaurant with the grand opening of Johnny’s Pizza.

Inside Johnny’s Pizza on LaFayette Parkway, workers were putting the finishing touches on the restaurant while the management team considered applications on Wednesday morning in preparation for the restaurant’s grand opening in mid-July. The LaGrange branch of the franchise will be the second Johnny’s Pizza franchise location to open in Troup County, due to the owners who were inspired by their love of the West Point location.

“We liked what they had, and it seemed like a good fit for LaGrange as far as having a pizza place,” said Scott Lester, who is over the project. “It was a good fit for us as a company.”

“We eat down there (in West Point) and have been eating down there for years — I go to church down there — so I was very familiar with the brand and the product, so we just checked into it and saw if LaGrange was available and if we could put something in our hometown,” Lester said. “It was available so we decided to shut the old convenience store that used to be here down, and we’ve built a really nice place for the people of LaGrange to come to.”

The restaurant will seat approximately 111 people and will have a full bar and menu that includes everything from pizza to hamburgers to wings.

“I think this place has great potential employee wise and business wise, I think it is going to be a great addition to LaGrange,” General Manager Brenda Wilson said. “It is going to be something that they’ve been looking for for a long time.”

Besides the Dairy Queens, LABE Restaurant Group also owns several Summit Grills, but this will be the group’s first full service restaurant, and the owners hope to create a positive dining experience for customers from day one.

“We really have strived on customer service,” Lester said. “That is our mantra here, that we treat the customer right, so I think that is what the people here will find. We will go above and beyond as far as our customer service goes.”

The restaurant plans to employ about 50 people and has already completed its round of hiring employees to be trained prior to the restaurant’s grand opening scheduled for some time in mid-July.