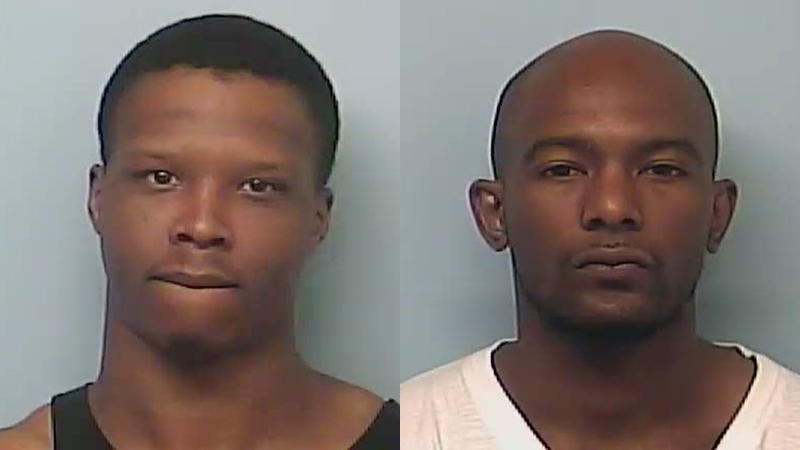 Frabrian Burden, 29, and Andrea Holley, 30, were each arrested at 1010 Truitt Avenue Wednesday morning following an ongoing investigation into the alleged sales of illegal narcotics from multiple people at that address, according to the LaGrange Police Department’s press release.

Burden was charged with possession of cocaine and schedule IV (Xanax) with the intent to distribute, possession of a firearm by a convicted felon and eight counts of participation in criminal street gang activity. He was in possession of a distribution amount of crack and powder cocaine, Xanax pills and a handgun, and is a member of the Blood Criminal Street Gang, according to LPD.

Holley was arrested and charged with possession of methamphetamine, cocaine and schedule II (hydrocodone) narcotic and three counts of participation in criminal street gang activity. Holley was found to be in possession of a distribution amount of crystal methamphetamine, crack cocaine and schedule II prescription pain killers and is also associated with the Bloods Criminal Street Gang, according to the press release.

“It is always a good feeling knowing that you have gotten two alleged drug dealers off of the street,” said Sgt. Mark Cavendar, who oversees the special investigations unit for the LaGrange Police Department. “Having worked in the Special Investigations Unit for numerous years now I have seen the damage that illegal drugs such as cocaine and methamphetamine as well as abused prescription drugs have done to many citizens of this community as well as the families of those who become addicted to these drugs. Knowing that you have taken two more people off the street that are responsible for spreading these drugs without any thought or recourse for those who may be hurt is a satisfying and rewarding feeling.”

A juvenile was also found to be in residence in possession of a firearm.

That juvenile was charged with possession of a firearm by a person underage and two counts of participation in criminal street gang activity for his or her involvement in the Bloods Criminal Street Gang.

Five other people were also charged with various probation and parole violations due to associating with known gang members and being in a residence where narcotics were being kept and sold.

The case is still under investigation and more arrests are expected.

Daniel Evans is the editor of The LaGrange Daily News and can be reached at (706) 407-2659 or daniel.evans@lagrangenews.com.