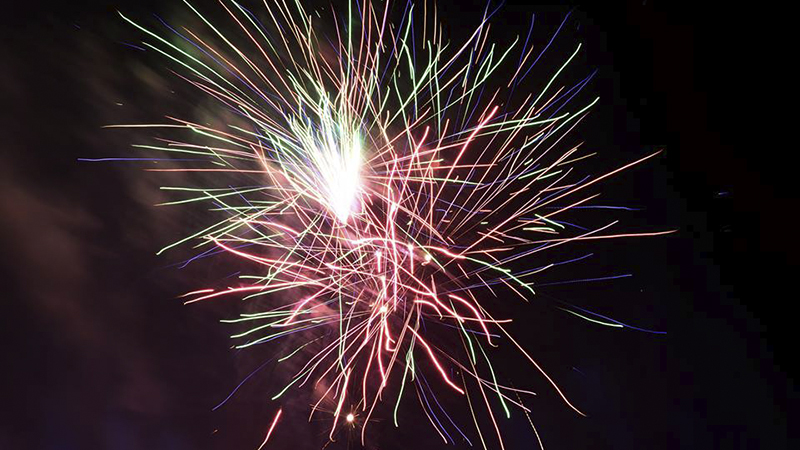 First responders are urging anyone shooting their own fireworks to be extra careful during the Fourth of July holiday.

Certain types of fireworks are legal in Georgia, but the key is to know exactly what those are, and what the parameters are in which they are allowed to be fired.

“Basically, if you can [legally] buy it in Georgia, you can use it in Georgia,” said LaGrange Police Department Senior Patrol Officer Jim Davison.

Most nights of the year, fireworks can be used from 10 a.m. to 9 p.m. by law, but the time is extended until midnight on the Fourth of July. Bottle rockets, sky rockets, roman candles, firecrackers, sparklers, smoke and punk, fountains, missiles, novelties, crackle and strobe, parachutes, wheels and spinners, sky flyers, display shells and aerial items (cakes) are legal to buy and shoot off in Georgia, according to the official website of the state of Georgia.

Of course, other limitations exist as well.

Fireworks cannot be fired on or at roads and highways or within 100 yards of a hospital, nursing home, prison, nuclear power plant, gas station or refinery.  According to Georgia.gov, fireworks are also banned in state parks. It is also illegal to light fireworks under the influence of alcohol or drugs.

Lt. Chris Taylor with the LaGrange Fire Department said the department doesn’t usually see an extra amount of calls during Fourth of July week, but they are always prepared.

“We know the Fourth of July is the [busiest] timeframe for people to use fireworks so we ask people to utilize caution when using them because all it takes one incident and somebody can be severely burned or someone could die from it,” Taylor said. “It’s hard to say what this Fourth of July will bring, but we are always prepared to deal with whatever issues that may occur as it relates to fireworks use.”

Taylor said the fire department always suggests that people go and see a professional show, like the one being held Tuesday night at Pyne Road Park.

The LaGrange Fire Department recommends that anyone shooting their own fireworks reads all safety precautions on those fireworks before firing anything, buy fireworks only from a licensed facility or dealer, always have adult supervision when children are around fireworks and have water ready in case of a fire.

“We just want everybody to have fun, be safe and if at all possible, enjoy a professional show,” Taylor said.