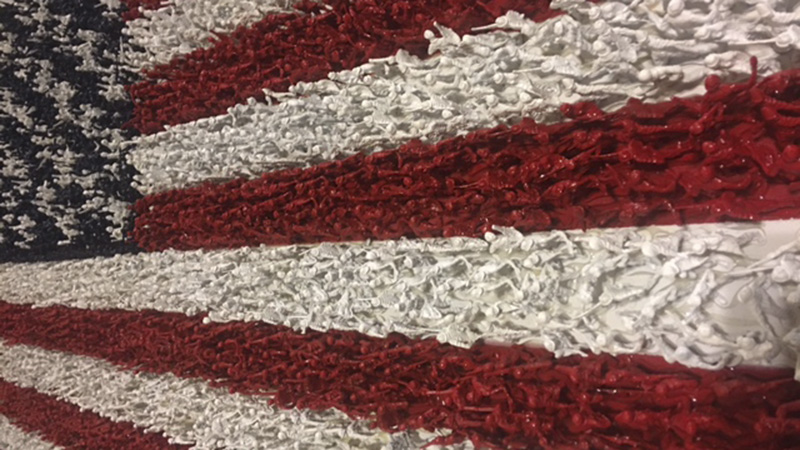 After his divorce last year, Smith said he saw the project as a constructive and affordable way to spend his time. Smith said he was inspired to make an American flag after he saw a flag replica made out of baseball bats at a restaurant in Newnan, and chose to make it out or Army men for logistical reasons.

“I was trying to think of something different to do,” Smith said. “The only things I could find that were small enough to paint and arrange were Legos or Army men.”

On top of working 50 hours a week, Smith spent 30 to 45 minutes each night painting, arranging and gluing the Army men to a board. The project took about a year to complete.

“It was better than spending 30 to 45 minutes watching TV,” Smith said. Smith said he made it his goal to complete the project by Friday, June 30, before he shared it on his Facebook page during Independence Day on Tuesday.

Smith also said his project was to honor his father, uncle, grandfather, great-grandfather and other military veterans.

“I really enjoyed doing it,” Smith said. “It was a good stress reliever.”

Since then, Smith said he has gotten offers to buy the replica from people across the United States.

While he plans to keep the first replica for himself, Smith said he is currently considering building a second replica to sell.