Lesson from a pro 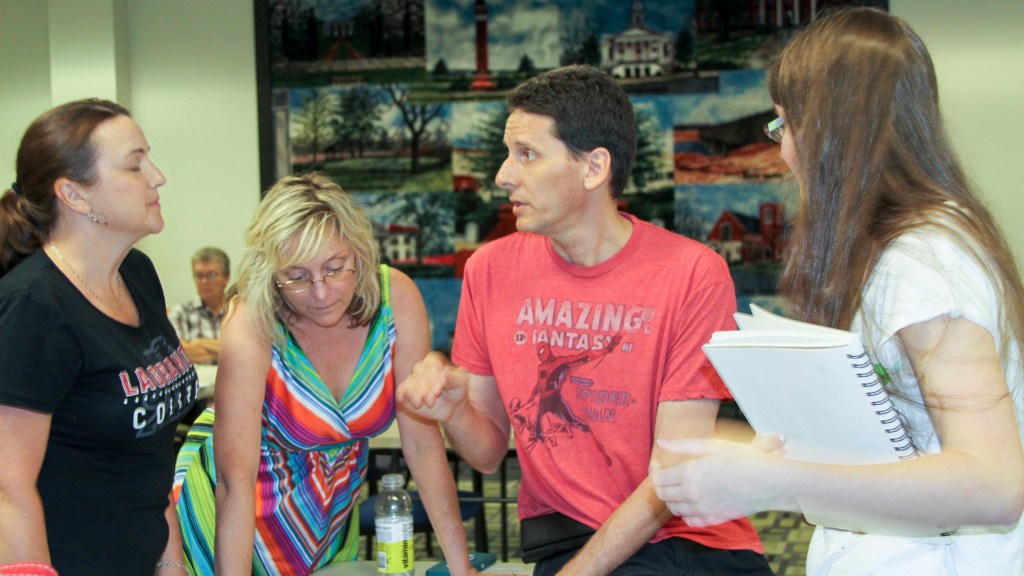 The concentration in the conference room at the LaGrange Memorial Library was practically visible on Friday, as roughly two dozen locals worked with a graphic artist to learn how to draw comics.

On Friday, local teens and adults gathered at the library to learn some of the basics of drawing comic books from graphic novel author and artist, Kyle Puttkamer, who was visiting to host the program for the third year in a row. During the program, the basic principles required to draw comics — like observing your environment, applying those observations and creating goals — were discussed, but the goal of the program itself was much simpler.

Puttkamer has plenty of experience within the comic book genre. Besides owning two comic book stores in Atlanta, he started work on a series called “The Adventures of Galaxy Man & Cosmic Girl” almost a decade ago. His more recent “Hero Cats” series has gained a following since its release in 2015. “Hero Cats” was inspired by his daughters and his own love of comics.

“If your art connects with somebody, that will stay with them their whole lives,” Puttkamer said.

While talking to the young artists gathered for the event, Puttkamer referenced universally known comic book heroes like Batman and Spiderman, but he also noted that his own inspiration came from much closer to home.

“My daughters love cats, and I wanted to do a children’s book for them, but they grew up too fast,” Puttkamer said.

Puttkamer’s Hero Cats series has since taken off with art and story lines that target a broad age range of readers looking for fun, adventure and cats.

To learn more about Puttkamer and his Hero Cats graphic novels or to purchase a comic, visit www.herocatsonline.com.

To find out more about upcoming events at the library visit www.thrl.org/events/.