Money being raised for local who had heart attack 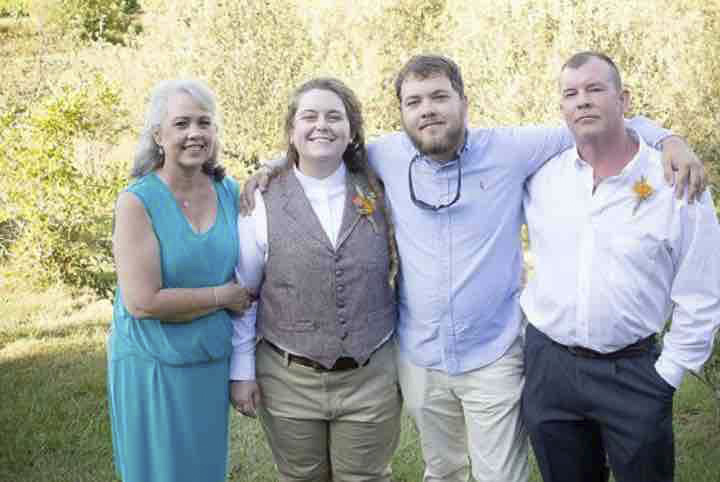 LaGange locals and others raised over $1,000 after MarcMcClendon (far right), pictured with his wife, step-daughter and son, suffered a heart attack during a family vacation in Panama City. (Contributed)

Friends and family of a LaGrange man raised over $1,000 within 10 hours after hearing the news of a family emergency in Panama City.

Shortly after Marc McClendon suffered from a heart attack during a family vacation, he was rushed to Bay Medical Center in Panama City.

“He had gone upstairs and Tanya (his wife) came up just in time to see him collapse,” McClendon’s step-daughter-in-law Erica Noltemeyer said. “He went for a period of time without oxygen to his brain. We don’t know what’s going to happen.”

Family friend Emily Hill, who started a fundraiser for the McClendon family on Gofundme.com, said the money will help the family pay for travel, lodging, food and other accommodations in Panama City while they are staying with McClendon.

“We’re just trying to do everything we can to help him and his family,” Hill said.

While McClendon is currently listed as unresponsive, Noltemeyer said she and other family members are hoping for the best and plan to stay with McClendon until he is transferred to a nearby hospital in Georgia.

In addition to the financial help the fundraiser has brought to the family, Noltemeyer said it also gave the family some peace of mind about hospital and travel expenses.

“It’s great to know that there are people out there who are supporting the family,” Noltemeyer said. “We’re not having to worry about housing or food.”

As a handyman and a United States National Guard veteran, Nolemeyer said McClendon has made a lot of friends over the years.

“Marc is a great person. He’s one of the nicest people I have ever met in my life,” Noltemeyer said.

Notlemeyer thanked everyone who has donated or expressed their support for the family during a difficult time.

“This means a lot to all of us,” Noltemeyer said. “Continuing to send those thoughts and prayers is a great help to us.”

The fundraiser is currently open on Gofundme.com.