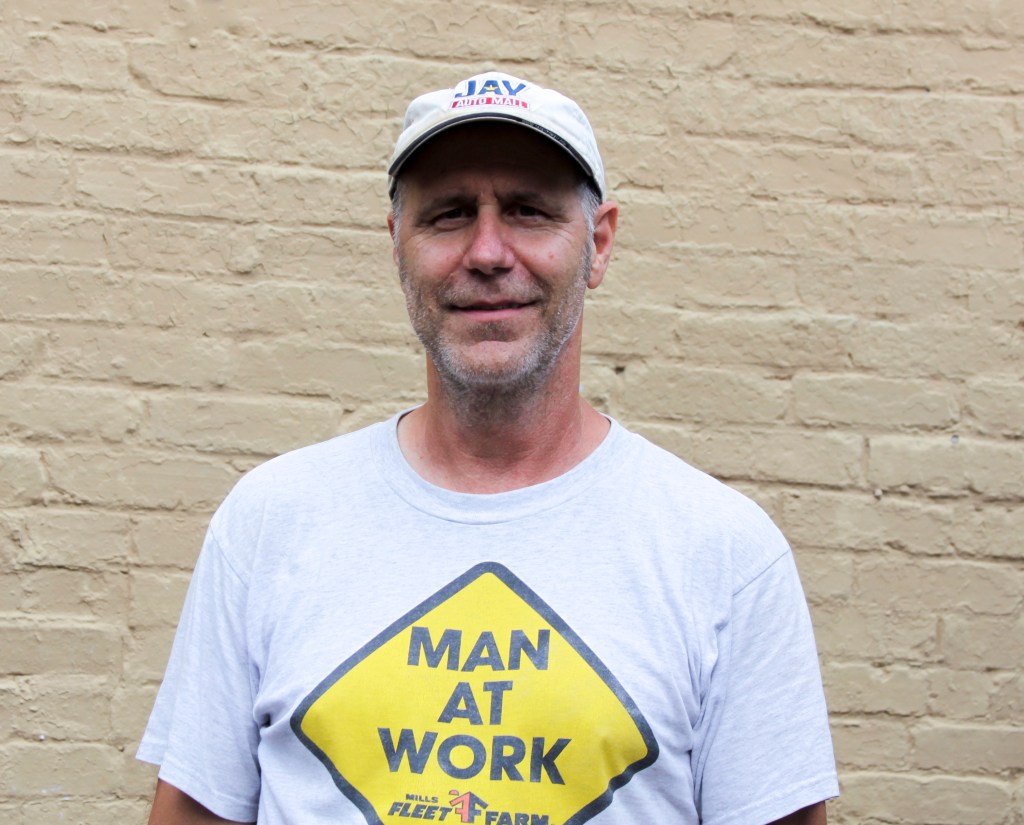 Jay Pearson pauses from selling boiled peanuts at Market Day Under the Lights in Hogansville to answer a few questions. (Photo by Alicia B. Hill | LaGrange Daily News)

HOGANSVILLE – The Daily News’ weekly Neighbors series features one person from LaGrange and the surrounding area. This week we sought a little cinematic inspiration from locally-based stuntman Jay Pearson, who is known for selling boiled peanuts at events in Hogansville.

LaGrange Daily News: How did you get into stunt work?

Pearson: About 30 years ago I moved here from Wisconsin, and I met a guy who used to do special effects. I always wanted to be in the film business, and I like the physical acting part of it, and I’ve been doing it about 30 years. I had a place in Hollywood, so I was always flying back and forth, but now Georgia’s it. The incentives are here, and it is the place to be. I’ve been here in Hogansville for about 15 years.

LDN: What have you been in that was filmed locally?

Pearson: I worked a lot of “Walking Dead,” “The Fast and the Furious 7,” “Hunger Games,” “Stranger Things” – I just finished up on that. I did go to Kentucky a couple of weeks ago to work on “The Strangers 2.” I started up way back with “Remember the Titans.” Probably about a hundred films or so. It’s been great.

LDN: What are you doing here in town?

Pearson: A buddy of mine said, “Why don’t we boil peanuts while we are working?” And this was a few years ago, so I did and I sold out, and (now) I try to do it on the weekends if I can, I’ve got 26 pounds and I’ll sell out. It is pretty fun.

LDN: When you aren’t doing stunts or boiling peanuts, what do you enjoy doing?

Pearson: I go to estate sales, and I love, I shouldn’t say junk, but I love fun stuff. I love looking around and just decorating my warehouse. I just hang out down there. It is full now, but that is what I do in my time off.

LDN: What is the prettiest place around here?

Pearson: I ride my motorcycle all around, so I see some pretty places. I love West Point. I feel like West Point Lake when the sun is setting, that is really pretty. There are some pretty things over there. I like Hills & Dales (Estate), that is beautiful. There is so much country out here. It is just pretty anyway.

LDN: Is there anything else that you would like to say about Hogansville or yourself?

Pearson: I love it. I call it Mayberry, but in a good way, and I love how all of this is happening (with Market Day Under the Lights). It is hard to talk about myself, but I enjoy what I do – working on the films and do the peanuts once in a while, go to estate sales and work in my place.

LDN: What is the coolest thing you’ve done with a film?

Pearson: I worked with Burt Reynolds a few times, and that was fun. I think all of them are pretty cool. Of course, everybody loves “The Walking Dead,” and I did a lot of stuff on that.

‘Neighbors’ is a weekly series by the Daily News that highlights community members. To nominate a person to be featured, call 706-884-7311.