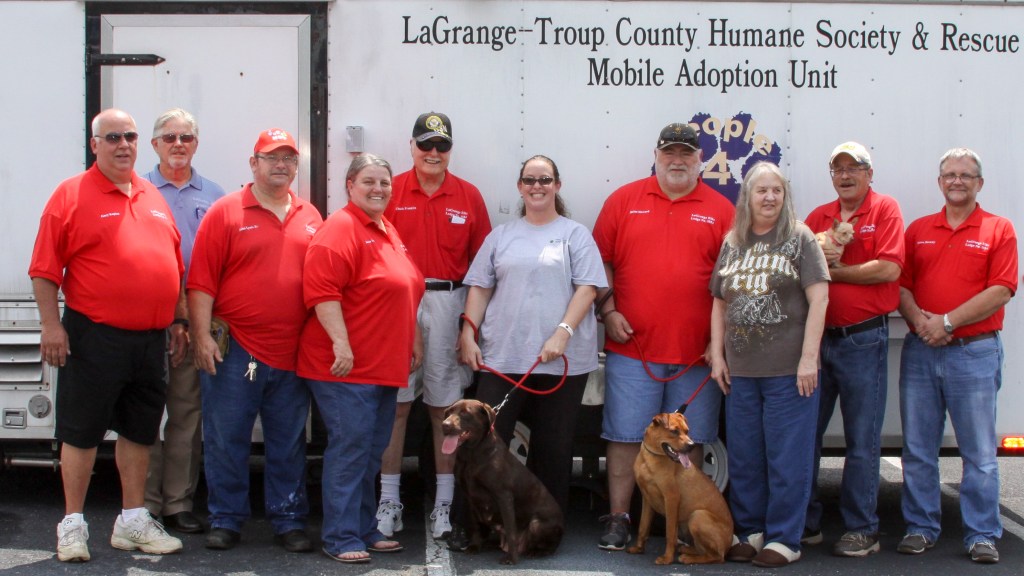 The Elks Club sponsored an adoption event with the LaGrange-Troup County Humane Society on Saturday. (Photo by Alicia B. Hill | LaGrange Daily News)

“We do a lot of stuff for the veterans and first responders, we wanted to do something out of the box,” Brian Howard, Elks Lodge member responsible for coordinating the event, said. “We’ve done pet adoption events before and wanted to do another. I’m a big animal lover and wanted to see the dogs go to a good home.”

Through a grant given to the LaGrange Elks Lodge by the Elks National Foundation, the local Elks Lodge was able to fund the cost of all adoptions that took place on Saturday.

“The Elks actually paid for everyone’s adoption,” Howard added. “The (LaGrange-Troup County) Humane Society gave us a great price on adoptions, so all dogs adopted the Elks covered the cost of those adoption fees. This is something I’m passionate about.”

The Elks National Foundation is the charitable giving arm of The Elks, with a mission to help Elks build stronger communities, investing in communities where Elks live and work.

The LaGrange-Troup County Humane Society was thrilled to be able to partner with the LaGrange Elks Lodge in order to facilitate the adoption of worthy animals.

“We’re so happy and thankful that The Elks are willing to have us out here,” said Mandi Bono, Executive Director of the LaGrange-Troup County Humane Society. “They partnered with us to help cover the adoption costs today to help make the cost more affordable, and we really appreciate that.”

Three dogs were adopted at the event, per Bono, and two more were scheduled to be picked up on Monday.

Community pours in on Market Day