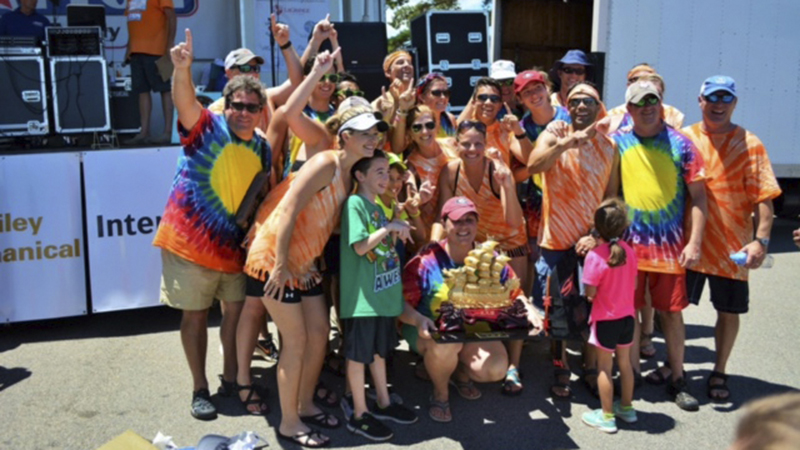 Harmony House isn’t sure how much money it raised during the Great Dragon Boat Race this past weekend at West Point Lake. However, based on the turnout, the final financial figures are expected to be at least as much as was raised last year, if not more.

The shelter does know it raised a lot of money in the dollar per vote competition.

“We never imagined [the race] would take off,” Bedingfield said.

The funds raised will help the shelter’s unrestricted funds, she said.

With a turnout estimated between 2,800 to 3,000 people, Bedingfield said the shelter already has a date for next year’s race.

“We were very pleased with the turnout,” she said.

First Baptist Church on the Square may have rowed their way to victory on Saturday at the Great Dragon Boat Race, however, other teams won for categories off the lake. Those attending could pay a dollar to vote for best tailgate, team name, team spirit and drummer.

LaGrange Grocery won best tailgate. The best team name was awarded to F.L.I. Properties for I Like Big Boats and I Cannot Lie.

Blackwell’s Inc. won the spirit of the Dragon Award for best sportsmanship. Bedingfield said that award was chosen anonymously by five people that went around the tailgates.

“[Blackwell’s] showed what LaGrange and Harmony House were about,” Bedingfield said.