Dunham’s Sports to open in August 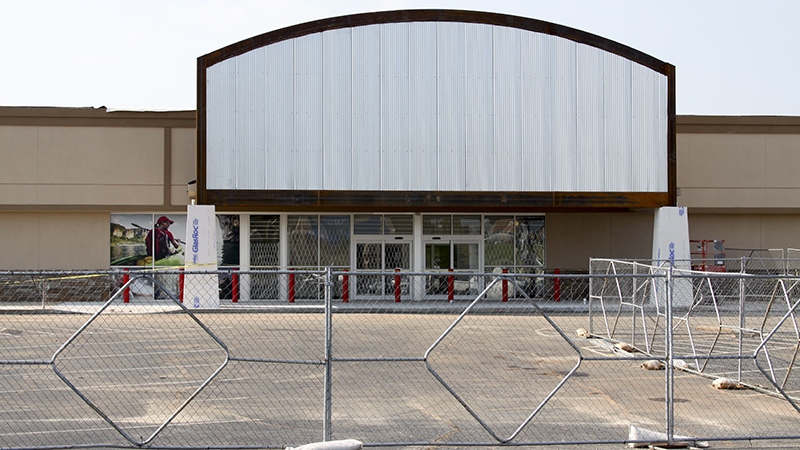 According to LaGrange Mall officials, Dunham’s Sports is on schedule to open sometime in August with the majority of indoor work already complete.

The new store, which was announced along with Hobby Lobby in October, is nearing completion and is expected to open just as fall sports kick off this year. Like many local projects, the outdoor work on the project has faced some rain delays, but thanks to the hard work done by contractors, locals will soon be able to shop at the new store.

“Dunham’s Sports will open mid-August,” said Coles Doyle, the Marketing Director for Hull Property Group in an e-mail. “The interior of the store is complete and work on the exterior is moving quickly.”

The sporting goods chain has been around since 1937 and sells items for backpackers, hunters, athletes, kayakers and just about anyone who plans on going outside to have fun. Locals are excited to see the major retailer opening its doors in LaGrange.

“I am very excited about Dunham’s coming to town and to the LaGrange Mall,” Mayor Jim Thornton said.

“I am also glad to see that JC Penney’s box is being filled next to it.”

The Hobby Lobby has taken a little longer to get underway, but mall owners expect the project to move forward in the near future.

“As for Hobby Lobby, the new store will be built next to Dunham’s,” Doyle said.

“Site work has begun, but we do not have an exact timeline for the store construction or the opening at this time. We are excited to have these two strong national retailers join the LaGrange Mall.”

To apply for a job at Dunham’s Sports, visit www.dunhamssports.com/careers/.

Brewery in West Point to open in September