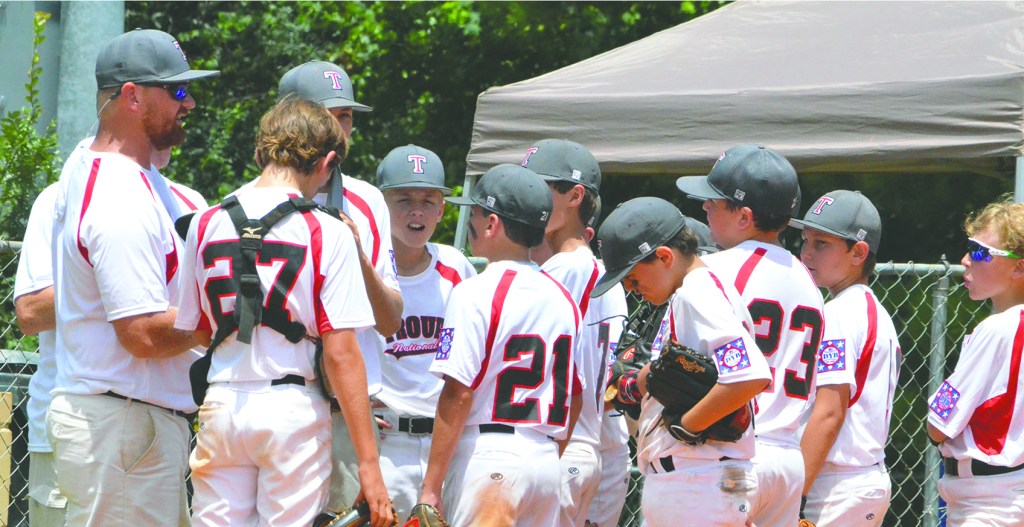 The Troup National 11-12-year-old all-stars, after finishing first in their four-team pool last weekend in Roberta, will be back in Crawford County today for the second round of the Dixie Youth Baseball state tournament.

It’ll be a double-elimination format featuring five teams, and a state champion will be crowned on Sunday.

The state winner will advance to the Dixie Youth Baseball World Series in August in Oxford, Ala.

Last weekend, Troup National went 2-1 to secure one of the pool’s spots for the semifinals.

There will be two games today at 5:45 p.m., with Troup National playing Crawford County, and Seminole County taking on West Augusta.

Troup National beat West Augusta 9-3 in its state opener, but it lost to Seminole County 6-5, setting up a must-win scenario against Manchester.

Troup National came out strong and blew out Manchester 9-1 to win its pool and advance.

Despite the setback against Seminole County, Troup National coach Curt Longshore believes he has the team to beat this weekend.

Young players get their kicks in at camp