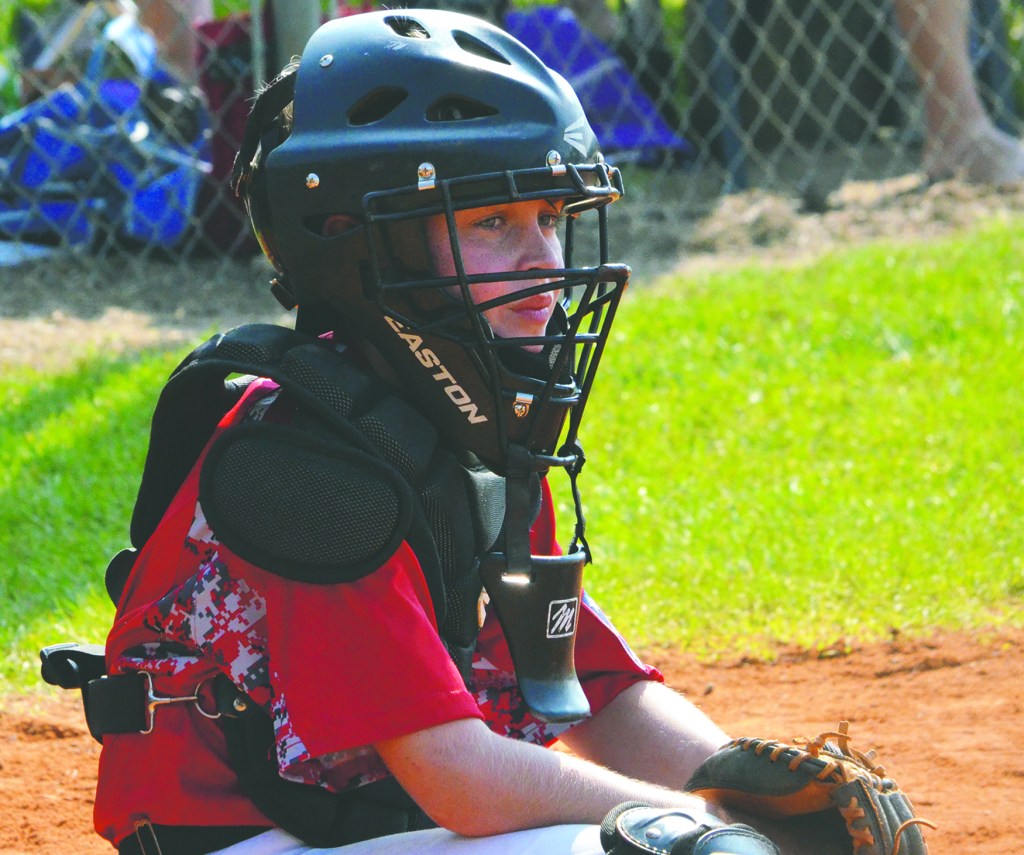 ROBERTA – He was the man behind the plate.

During Troup National’s run to a state title, Dallas Pearson was the team’s primary catcher.

Troup National head coach Curt Longshore said there is no one he’d rather have manning that critical defensive position.

“He caught nine of the 12 innings (on Saturday),” Longshore said Sunday’s title-clinching win. “He caught six today. As little as he is, he’s my field general out there. I just trust him.”

Pearson was behind the plate as Colton Esposito threw five innings of no-hit baseball.

At the plate, Pearson had an RBI double in the fifth inning.

STELLAR DEFENSE: Esposito was able to throw five no-hit innings thanks to some exceptional defensive plays.

In the top of the fourth inning with two outs, shortstop Preston Pressley made a nice diving stop on a groundball, and he threw to first for the out

With one out in the fifth inning, a ball deflected off the first baseman, and second baseman Bryson Monteith hustled to make a play, and he flipped the ball to Esposito for an out.

In the sixth inning, with Booton on the mound, center fielder Gryson Cockrell made a terrific running catch for the game-ending out.

REMATCH: Troup National has lost one game this summer, and it was against Seminole County in the pool-play portion of the state tournament.

Those same two teams met again on Sunday, and it was a different result, with Troup National avenging its lone tournament loss.

“We wanted to play them, because they beat us the first time,” Esposito said. “We wanted them again.”

EXPERIENCE: Three members of the Troup National all-star team will be appearing in the Dixie Youth Baseball World Series for the second time.

Colton Esposito, Trevor Booton and Preston Pressley were all members of that team.

Now, those three men will get an opportunity to play in the World Series in an older age group.

Troup National’s 11-12-year-old all-star team will be one of 12 teams participating in the World Series that begins in Oxford, Ala. on Aug. 5.

“We’ve got three guys who’ve been there, and they can show them the ropes and what to expect,” Longshore said.