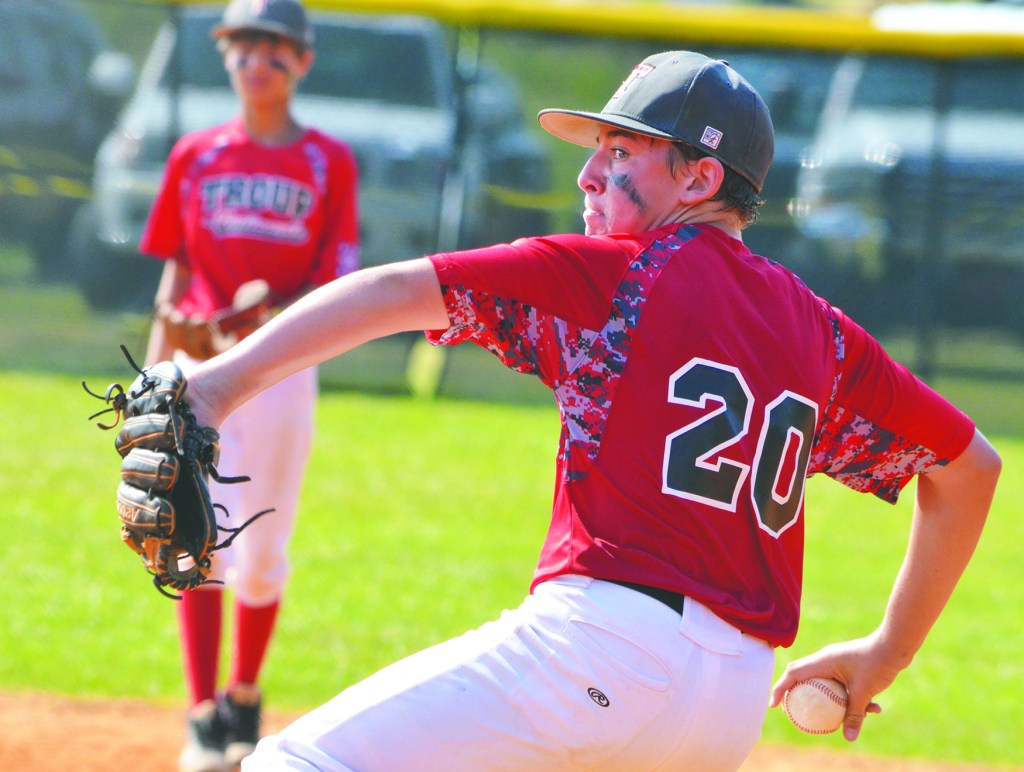 ROBERTA – He was unhittable.

With a state championship on the line, Troup National head coach Curt Longshore put the ball in the hands of the right-handed Colton Esposito on Sunday morning against Seminole County.

In his five innings on the mound, Esposito didn’t allow a hit or a run, and he struck out six.

Seminole County scored three runs in the top of the sixth, but Troup National walked away with the 6-3 victory to win the Dixie Youth Baseball 11-12-year-old state tournament.

When Longshore was putting a game plan together for Sunday’s game, he knew who he was going to send to the pitcher’s mound.

“He’d already pitched in two games this weekend, and he didn’t have his best stuff,” Longshore said of Esposito. “I said well, he’s due. So I called him this morning and asked him how his arm felt. He said it feels good. I said you’re a big-game pitcher, and the ball is yours today.”

The only base runners Seminole County had against Esposito came on walks and hit batters.

When Esposito was throwing strikes, Seminole County’s batters had no chance.

While Esposito knew he hadn’t given up a hit as the game went along, he wasn’t dwelling on it.

“I wasn’t thinking about it,” Esposito said. “I just wanted to keep my pitch count low so I didn’t have to come out.”

Esposito also had a big day at the plate with three hits, including an RBI double in the first inning.

Esposito had a base hit in the fifth inning and a double in the sixth inning.