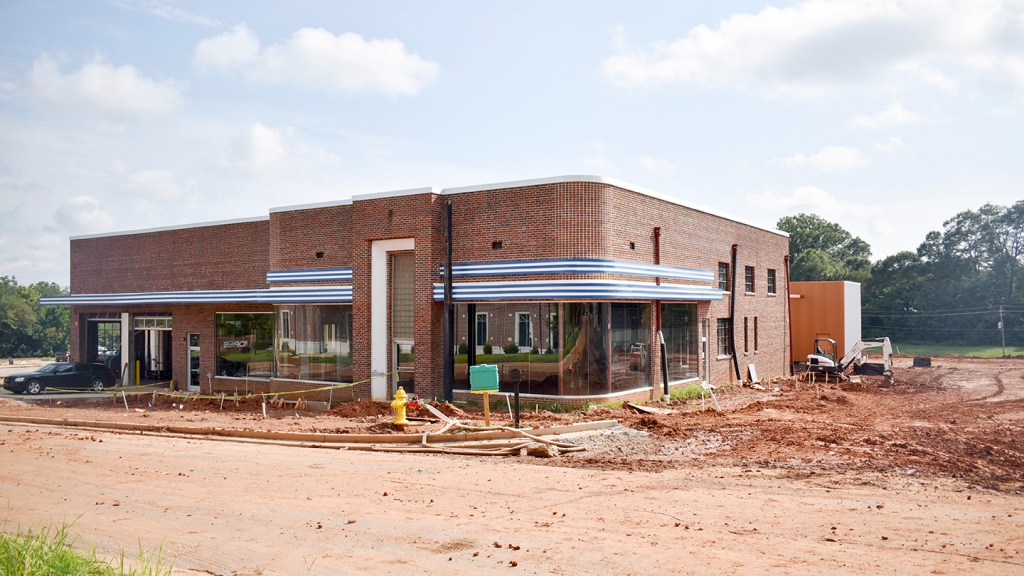 The city of LaGrange is considering updating ordinances in case more microbreweries, like Wild Leap Brew Co., Want to open in the future. (Alicia B. Hill | LaGrange Daily News)

New businesses in town are making it necessary to update some of the city of LaGrange’s ordinances.

The City of LaGrange held the first reading on an amendment to the zoning ordinance regarding microbreweries and brewpubs Tuesday. Microbreweries like Wild Leap Brew Co. would only be covered in the general language of the current ordinance, and while officials report that there are no brewpubs currently on the horizon, they expressed a desire to be ready for whatever the future brings.

“Essentially what we became aware of with Wild Leap (Brew Co.) was that the zoning that they are looking to locate on is C3 (general commercial, and it) did not have anything in the ordinance to address microbreweries or brewpubs, so the city attorney reached out to staff and indicated that we should probably specifically address this in our ordinance” City Planner Leigh Threadgill said during the work session. “We don’t have a brewpub necessarily on the horizon, but we may in the future, and so we wanted to add it since we knew we had the microbrewery coming online.”

The updated ordinance will primarily follow the guidelines already in place on a state level while doing away with any possible future issues that could arise if those businesses were not listed in the city zoning ordinance.

“The state law imposes pretty strict limits on how much they can sell on premises because if it goes over a certain amount they have to go through a distributor,” Mayor Jim Thornton said. “So, there are a lot of limitations.”

The city council also held the first reading on the licensing requirements for microbreweries and brewpubs within the alcohol code during the meeting.

The public hearing for the change to the ordinance will be held on Aug. 8.

The LaGrange City Council voted to adopt the calendar of events for the November election. Aug. 21-25 will be the qualifying dates when candidates can apply with Troup County if they would like to run for office.

The calendar also establishes the dates for the required public notices for the election which the city attorney has confirmed are in compliance with state law.

The Troup County Board of Elections will oversee the election and registration.

The city council held the first reading on a variance for a new monument sign for Synovus Bank, which was formerly CB&T.

“They are not intending on having wall signage on this building, so instead they requested to add a monument sign in a landscaped area that is about 100 feet off the road,” Threadgill explained.

The variance was necessary due to the location of the sign, but otherwise followed sign regulations. The variance had received unanimous approval from the planning board. The public hearing on the variance will be on Aug. 8.

The city council voted to join Troup County, West Point and Hogansville in an application to be part of the Georgia Initiative for Community Housing, which connects communities with resources to solve housing problems.

“County Planner Traci Hadaway reached out to me and suggested the possibility of applying jointly for this program,” Threadgill said. “She has been working with the group’s Pine Mountain housing plan. … We decided that it would be a good idea for all three cities in the county to participate jointly on this.”

During earlier Troup County Board of Commissioner meetings, Hadaway discussed the University of Georgia sponsored initiative at length, and the board of commissioners voted to participate in the program during last week’s meeting.

Finally, the council also approved the Special Purpose Local Option Sales Tax intergovernmental agreement between the city, Troup County, the City of West Point and the City of Hogansville.

Hogansville officially approved their portion of the agreement during a special meeting on Monday. The vote passed 3-0 in Hogansville with Reginald Jackson, Fred Higgins and George Bailey voting.

Councilmembers Jimmy Norred and Theresa Strickland were not at the meeting, according to Hogansville City Clerk Lisa Kelly.