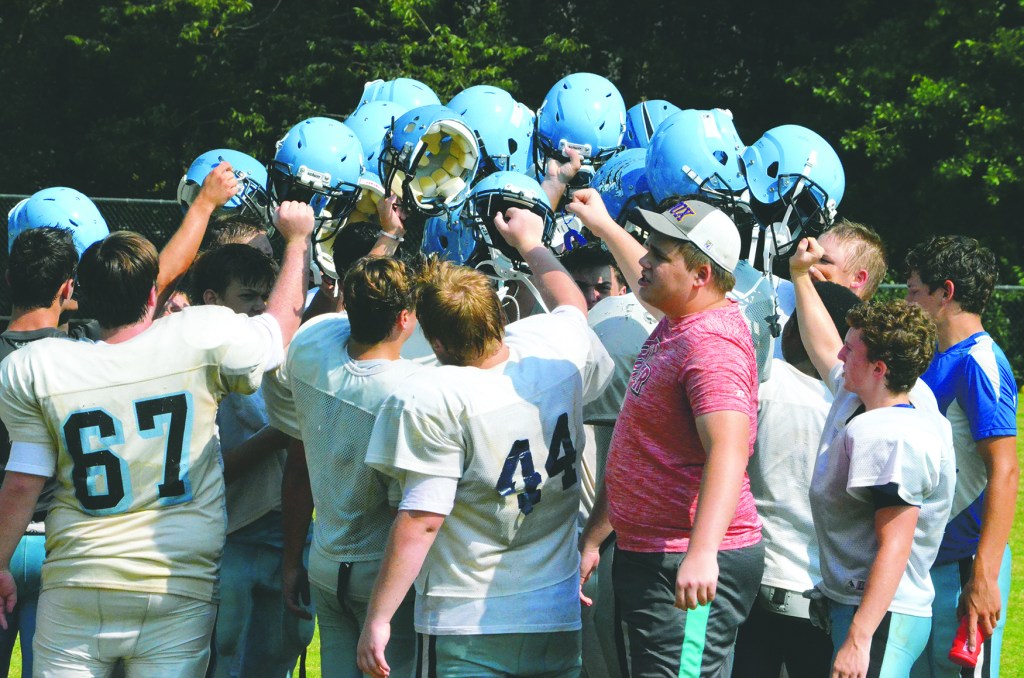 The LaGrange Grangers, who kicked off preseason practice on Tuesday, will be at the school today through Sunday for a team camp.

The players will spend the night at the school today and Saturday.

The camp begins today at 7 a.m., and concludes on Sunday with a service at Three Life Church.

In between, there will be practices, leadership training, guest speakers, movies, a team cookout, and even a talent show involving players and coaches.

The Grangers are in the midst of their first full week of preseason practice.

From Tuesday through Thursday, the Grangers were on the field for about two hours in the morning.

The schedule changes today with the start of the camp.

The players will practice at 4 p.m. today, and they’ll practice again at 7 a.m. on Saturday.

LaGrange will be on the field one week from today for a preseason game against Heard County.

LaGrange opens the regular season on Aug. 18 against Callaway.

TROUP: The Tigers will host an over-night camp at the school this weekend.

The players will spend the night at the school on Sunday and Monday, and the camp ends with the team’s first full-contact practice on Tuesday morning.

On Sunday, Troup will hold its second “lift-a-thon” in the school’s gymnasium.

With their family members in attendance, the players will go through their weight-lifting routine.

Troup head coach Tanner Glisson will also introduce each one of the players.

Troup will host a preseason game against Harris County on Aug. 10 before opening the season against Hardaway on Aug. 17.

Beyond the field, a handful of Troup’s players were a part of Rosemont Elementary School’s “back-to-school” bash.

Troup head coach Tanner Glisson encourages his players to get involved in community events, such as the event at Rosemont where the students registered for school.

“We’ll do the youth camp every year, and we’ll do things like that with Rosemont, and we’ll do what’s called high-five Fridays with each elementary school and middle school,” Glisson said.

“We’ll get up there in the mornings and high-five them. It’s just community relationships.”

LAFAYETTE CHRISTIAN: The Cougars will conclude their week-long camp with an intra-squad scrimmage today at the school.

It’s been a busy week.

On Monday, Tuesday and Thursday, the Cougars practiced twice a day, and the players spent four nights at the school.