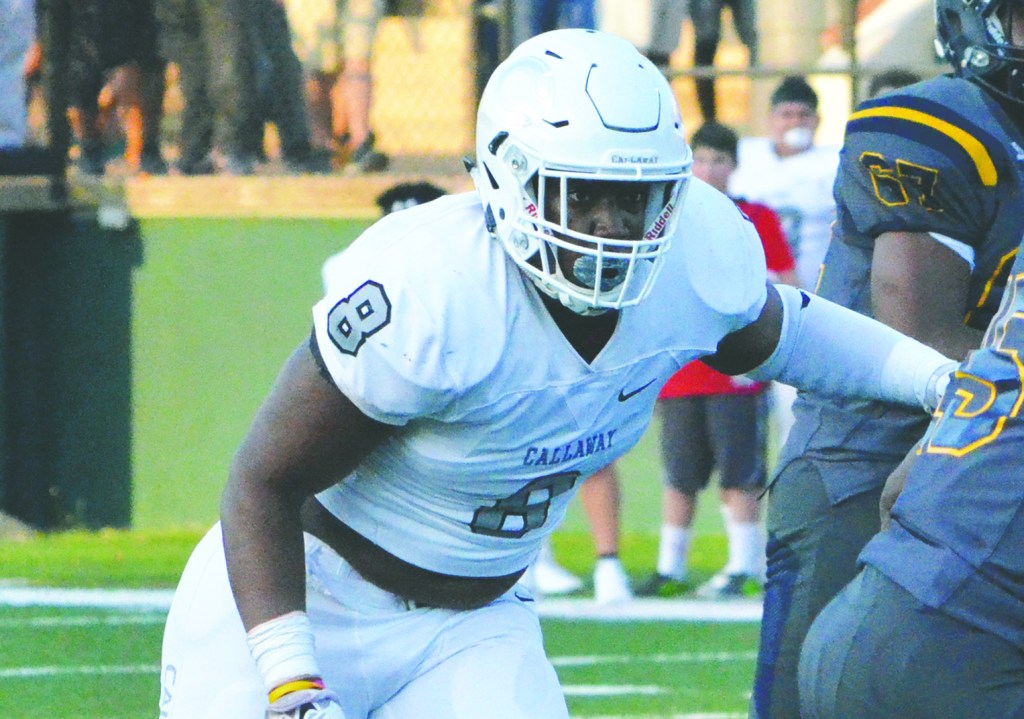 HOGANSVILLE – He’s ready to be a Hilltopper.

Callaway High’s Lichon Terrell, a dominant defensive lineman, has decided that he wants to make Western Kentucky his college home.

Terrell made the announcement on Twitter on Friday morning.

Terrell had a dominant 2016 season with 66 tackles, including 18 for loss, and four sacks.

Terrell was a defensive end last season, and he’ll be moving to the interior of the line this fall.

His numbers might not be what they were a year ago, but Terrell isn’t worried about stats.

Terrell added that “as long as we win, that’s all that matters.”

“Lichon is coming off a big season last year,” Wiggins said. “He had 18 tackles for a loss, to go along with 66 tackles. We’re excited about him. He’s put on 35 pounds in the offseason. He’ll be the anchor on the defensive line.”

Here’s the full text of Terrell’s statement from Friday morning:

“First of all I would like to start by thanking God for the many blessings and for giving me the strength and ability to play the game of football. I would also like to extend a very special thanks to my dad. He’s been a very big part of my recruitment process and my mom and the rest of my family, coaches and friends for all their support. This journey has been a great experience for me. However, after many prayers and talks with my family, I am pleased to announce that I’ve decided to commit to Western Kentucky.”

Cavs hitting it hard in practice