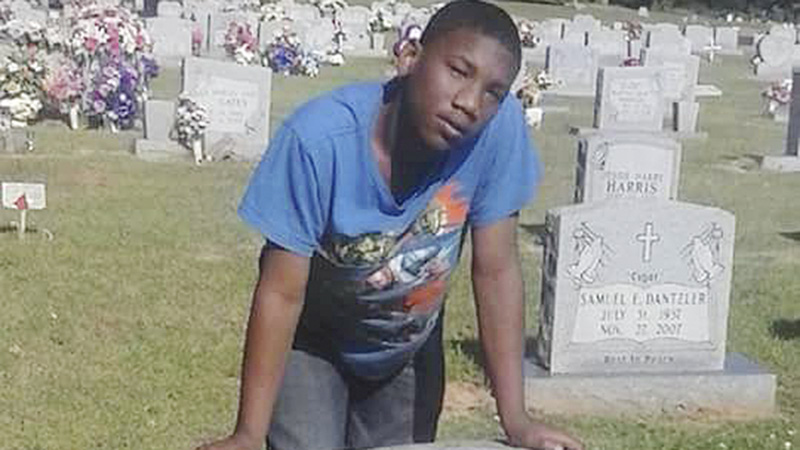 A 14-year old has passed away as the result of an incident that took place Saturday at LaGrange College.

Nar’Quevious Tucker, a rising freshman at LaGrange High School, was unresponsive and pulled from the indoor pool at the college and airlifted to Children’s Healthcare of Atlanta, where he was pronounced dead, according to Lt. Dale Strickland with the LaGrange Police Department.

The cause of death has not been announced. Troup County Coroner Jeff Cook said an autopsy was pending.

The LaGrange Police Department responded to the call at 6:31 p.m. Saturday evening. When officers arrived, CPR was being administered to the victim.

“The child was transported to the West Georgia Healthcare System, stabilized and then flown to an Atlanta area hospital,” Strickland said.

Just after midnight Sunday morning, Strickland was notified that Tucker had died.

Tucker and the rest of the LaGrange High team had been at the pool as part of the team’s football camp, Strickland said. Dean Hartman, senior director of communications and marketing at LaGrange College, said LaGrange High had rented out the natatorium from 5-7:30 p.m.

Hartman said there were four lifeguards on duty, plus a supervisor, for the two pools at the college. Every lifeguard on duty — and all 13 on staff — had been certified and has to re-certify every two years, Hartman said.

“There were a number of kids swimming in the pool at the time when someone noticed what they thought was a shadow on the bottom of the deep end of the pool,” Strickland said. “They went down and located the victim and began CPR.”

According to a press release from the LaGrange Police Department, several players noticed Tucker at the bottom of the pool and began pulling him out. Lifeguards then provided emergency aid until emergency medical personnel responded to the scene.

Yolanda Stephen, director of public relations with the Troup County School System, said there was a signed agreement between the college and the football team for the team to use the natatorium.

LaGrange High School had also rented out the natatorium in the past, Stephen said.

There was an agreement between the college and the football coach for 50 students or less to be at the facility, Hartman said. He said the number of lifeguards on duty was determined by that number.

“We extend our prayers and deepest sympathy to Nar’Quevious Tucker’s family, friends, and LHS football teammates,” the statement said. “The Troup County School System and LaGrange College communities are all deeply saddened by this loss.”

Tucker was listed as a tackle and defensive tackle for LaGrange High, according to the team’s roster on MaxPreps.

Back to school event gives back