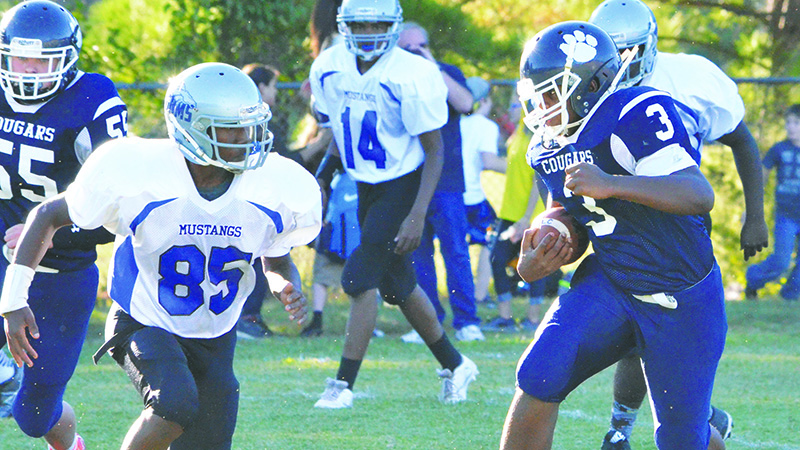 Nar’Quevious Tucker couldn’t wait to start his freshman year at LaGrange High School, according to friends and family mourning his loss on Monday morning.

Tucker, 14, died hours after being pulled out of LaGrange College’s indoor pool Saturday evening. The LaGrange High School football team was swimming at the pool as part of a weekend camp, according to Tucker’s family.

He died Sunday morning around midnight.

“He was just a good all-around kid. He was friendly, and he’d never been in any trouble,” said Nar’Quevious’ mother Carrsellea Tucker. “I never had any problems with him at all. He was a good student, an A and B honor roll student. He was so excited about starting high school. He was so excited because he was ready to play football for the high school and to be at the high school with his brother and all his friends.”

Tucker was a tackle and defensive tackle on the LaGrange High School football team, according to the team’s roster on Maxpreps. He attended Gardner Newman Middle School for sixth-eighth grade and was a rising high school freshman.

Carrsellea said LaGrange High School was holding a camp Friday-Monday. She had not seen or talked to her son since dropping him off at the camp Friday.

“He would’ve been just coming home this afternoon from camp,” she said Monday afternoon.

The cause of Tucker’s death is still unknown, pending a scheduled autopsy. Carrsellea said she’s waiting to for the results of the autopsy in order gain some semblance of closure.

“I’m not mad at nobody, being mad isn’t going to bring my son back,” she said.

According to Lt. Dale Strickland with the LaGrange Police Department, there were at least two lifeguards at the indoor pool, where the incident took place.

Carrsellea said one of the LaGrange coaches helped pull Nar’Quevious out of the pool and administered CPR.

She said her son can swim, therefore she is unsure what happened.

“He learned on his own but he could swim. He goes swimming all the time with his friends,” she said.

“I’m thinking when he dove in there he caught a cramp and couldn’t move. He used to cramp when he came home from practice.”

However, she said she’s awaiting the autopsy results to know more about what happened.

Carrsellea said some of Nar’Quevious’ teachers from kindergarten and first grade had sent her pictures Monday morning of her son.

Nar’Quevious’ funeral is planned for Saturday at 1 p.m. at New Community Church, according to his mother.