One person, five animals killed in fire on Dunson Street 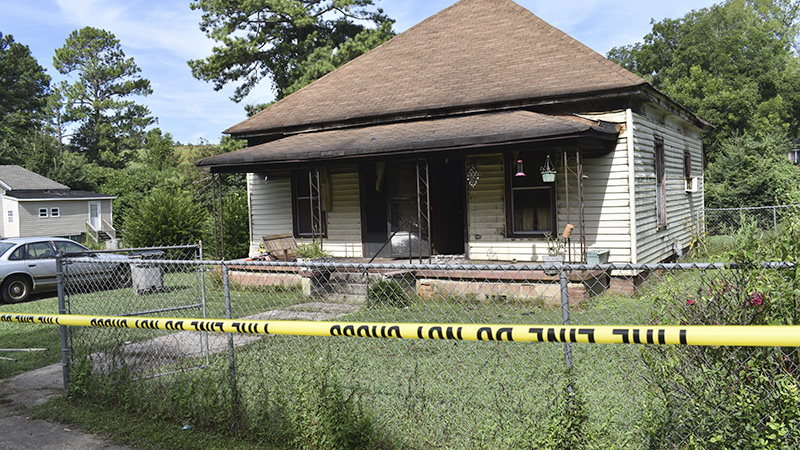 A fire Monday night on Dunson Street claimed the life of one person and five animals.

The victim was 80-year-old Gladys Shelton. Her husband was transported by a family to the hospital after being overcome by smoke, according to  Lt. Chris Taylor with the LaGrange Fire Department. Taylor said he wasn’t sure if the husband is still hospitalized.

Taylor said the LaGrange Fire Department dispatched to the house on the 1000 block of Dunson Street around 10:28 p.m. There were two adult occupants inside the residence at the time of the fire, but the husband was able to escape with a dog. The other occupant was pronounced dead at the scene by the county coroner, according to Taylor.

Three dogs, one cat and a bird also died in the fire, Taylor said.

Firefighters were able to locate the fire victim a short time later and removed the victim from the residence. The fire was brought under control by 11 p.m. Firefighters found the deceased animals shortly after in different areas of the residence, Taylor said. The structure sustained extensive fire, heat, smoke and water damage. The cause of the fire is currently under investigation by the LaGrange fire and police departments.