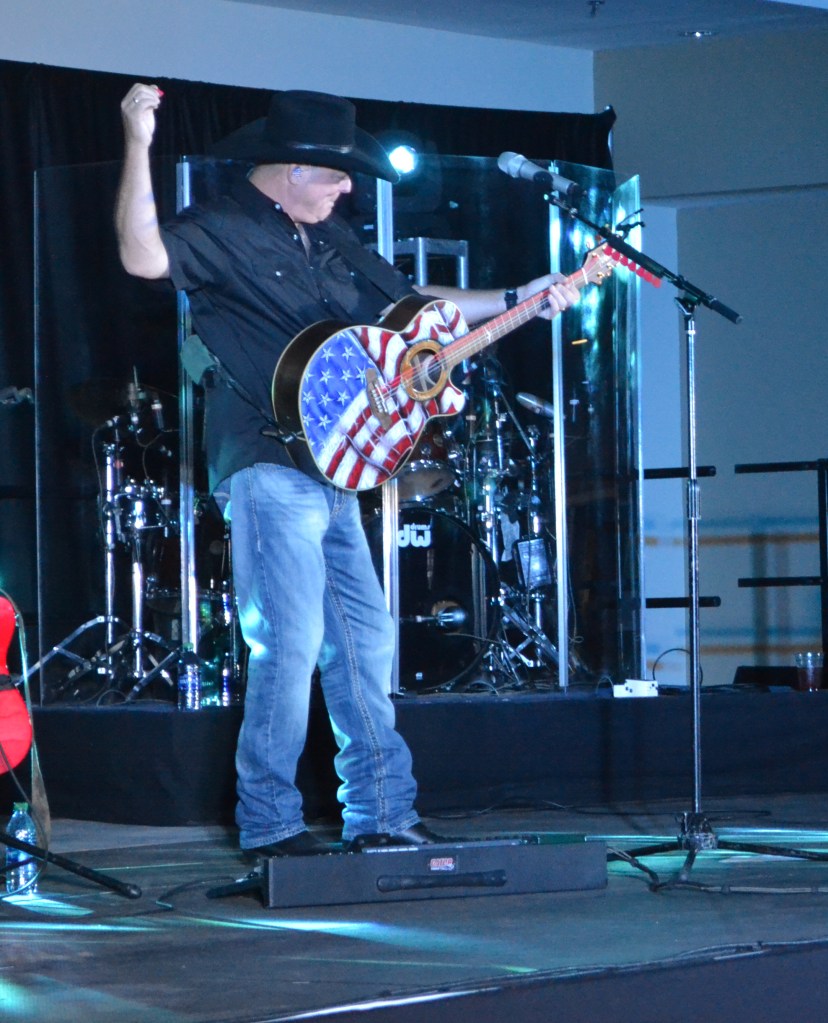 Richard Hightower – along with his two sons, Bryant and Bill – accepted the award prior to the concert. The award has been given annually since 2008.

“The members of the Hightower family are not only great businessmen, but generous benefactors and accomplished leaders,” said Delores Goldin, president of the West Georgia Technical College Foundation. “Through their generosity and countless hours of work on boards and committees, this amazing family has had a tremendous effect on the students, faculty and staff at West Georgia Tech.”

The Hightower family owns and operates a group of funeral homes in the west Georgia area. Bill Hightower recently ended a nine-year stint on the College’s board of directors and has been nominated to return, and Bryant Hightower has served on the Foundation’s board of trustees since 2007, currently serving as vice president.

“You don’t do the things that everybody in this room does for recognition,” said Bryant Hightower while accepting the Spirit of Giving Award. “That’s not why we’re here. Several years ago, my family decided we would use our resources in a way that would improve the quality of life for the families we meet every day. We’ve invested in our communities. We want to make the place we live the best it can be, and because of everyone here and this College, we’re making that happen.”

“We are proud to say that the majority of our tickets were sold through sponsorships,” said WGTC Vice President of Institutional Advancement Kim Learnard. “That shows you the tremendous support that we have from our business and community partners. I want to thank everyone who came to the concert. Not only did everyone have a great time, but it was for a great cause – supporting students who are working hard to better their lives through education.”

Prior to the concert, WGTC Foundation scholarship recipient Tareva Gates – who currently serves as a financial aid specialist at West Georgia Tech’s Coweta Campus – shared her story and thanked the audience in prepared remarks.

Gates, a LaGrange resident, graduated from West Georgia Tech in 2015 with an associate degree in Business Management.

“After getting my degree here at West Georgia Tech, thanks in large part to your generosity, I had a new sense of confidence that I could take care of myself and my family,” Gates said. “My heart is always touched when I hear how the Foundation has helped students in our community with real-life issues to ensure they receive the best education they can. We are truly building leaders that will manage and innovate the new tomorrow, and that’s why I’m proud to give to the West Georgia Tech Foundation.”