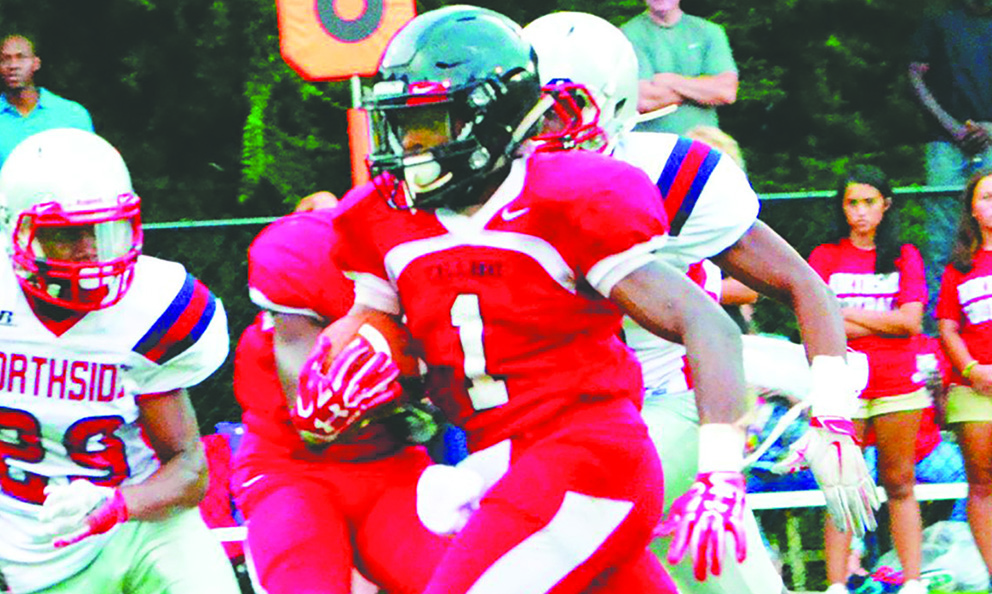 HOGANSVILLE – DJ Atkins, one of the top running backs in the state, is ready to be a Catamount.

Atkins, a senior on the Callaway High football team, has announced his intention to sign with Western Carolina.

Atkins made the announcement on Twitter earlier this week.

Atkins will be a focal point of the offense this season as the Cavaliers look to build on their 13-1 record from a year ago when they reached the Class AA semifinals.

While the 5-foot-9 Atkins is perhaps best known for his speed and ability to rip off long touchdown runs, he is also a tough runner who never hesitates to take on opposing defenders.

“It takes a special person to do that,” Callaway head coach Pete Wiggins said. “And he’s not afraid to hit it up between the tackles. He takes a lot of pride in it. He’s paid the price to develop.”

Wiggins said one of Atkins’ greatest attributes is his patience.

“You see his hand on the back of the offensive lineman so many times,” Wiggins said. “He’s just waiting on the play to develop, and then he makes a cut. He’s not a big guy. He’s 165 pounds, and to carry the ball 25, 30 times a game, it shows a toughness. It shows his dedication and believe in his offensive line.”

Atkins is fortunate to run behind a veteran and talented offensive line that includes four starters from a year ago.

“I appreciate them a lot,” Atkins said following a game last season. “They grind. They come out here and block 100 percent for me. I feel happy when they do their job. They pat me on the back. We motivate each other. We do that all game.”

Atkins is the third Callaway senior to make his commitment.

Last week, defensive back Courtney Williams said that he is going to sign with Cincinnati, and defensive lineman Lichon Terrell announced his intention to sign with Western Kentucky.

Here is Atkins’ statement on his decision to commit to Western Carolina:

“First of all I would like to thank God for giving me the opportunity to play college football. I would like to thank all colleges who believe in me and gave me a chance to play at the next level. Also thanks to my family, coaches, and friends for their support. All the long trips I have been on this summer was a wonderful experience. With that being said I have chosen to go a different route in my career and to create my own legacy. I will be spending my next four years at Western Carolina University.”