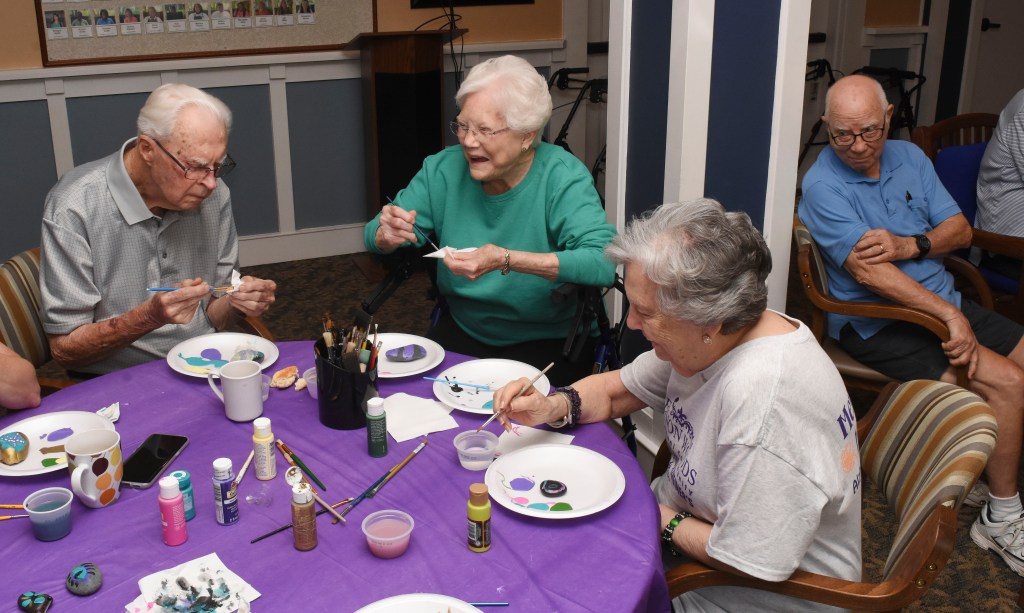 All across the country, painted rocks have become a new fad. Many paint them for fun and others just like the joy of looking for the colorfully painted stones.

The residents at Vernon Woods have joined in on the newest craze, although they have a good reason for doing so. Vernon Woods is painting rocks to raise awareness for Alzheimer’s.

The residents took a bus ride on July 28 to plant rocks at a certain spot in LaGrange.

“If somebody picks up that rock, I hope they remember that somebody out there is out there is fighting to remember,” said Denise Stewart with Vernon Woods.

The rocks are painted in all sorts of colors and include different decorations.

“I actually do [like to paint],” said resident Edna Jones, who was completing a light blue rock with a pink heart in the center. “I’m not very good at it but I do have some paintings hanging in my apartment.”

The rocks painted Friday will be placed somewhere in the city over the next few weeks. Vernon Woods is asking anyone that finds the rock to post it on their Facebook page.

An estimated 5.5 million Americans live with Alzheimer’s dementia in 2017, according to the Alzheimer’s Association website. Every 66 seconds someone in the United States develops the disease.