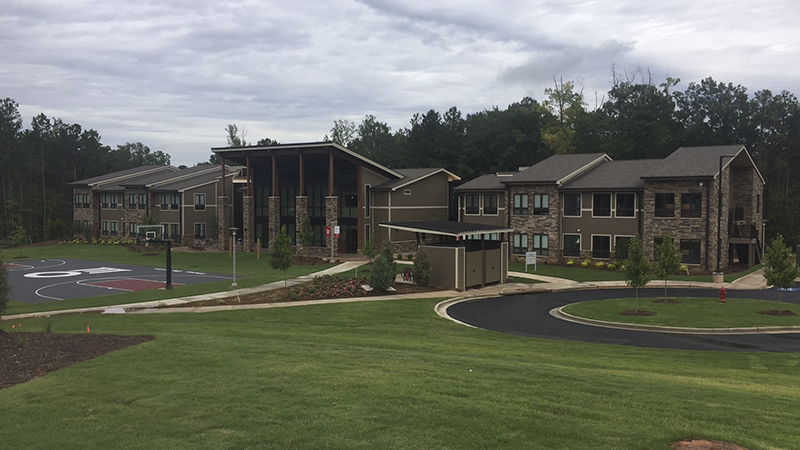 The Impact 360 Institute, a Christian worldview and leadership oranization, will celebrate a grand opening at its new Pine Mountain location on Saturday, Aug. 5. (Submitted)

ATLANTA – The Impact 360 Institute, a Christian worldview and leadership organization, will celebrate a grand opening Saturday at its Pine Mountain, Ga. campus, beginning at 9:45 a.m.

Three years in the making, the new Impact 360 campus, 90 minutes south of Atlanta, will house between 50 and 60 undergraduate and graduate students beginning this September. These young men and women have chosen to wait a year before attending college – a gap year – and instead will invest nine months into biblical servant leadership training through Impact 360 Institute’s Fellows experience.

JLL’s Project and Development Services group has managed the project from conceptual design to delivery of the facility and has ensured that all aspects of the innovative higher-education campus will meet the needs and goals of the organization. Choate Construction Company is the general contractor and Credo Design Architects is the architect-of-record.

On Saturday, Impact 360 Institute will also formally launch a first of its kind, nationwide study on Generation Z Christians. Generation Z is the generation following Millennials, born between 1995 and 2012.

JLL Project Manager Troy Nixon said he joins the Impact 360 Institute in its enthusiasm for Saturday.

“We’re very excited to see the fruits of many people’s labor, and this vision come to life with the facilities being dedicated and unveiled,” he said. “It’s been a team effort from the beginning and we’re thrilled the day is here.

“This project really is a meaningful one for us and we know that it will impact the lives of many for years to come.”

Trudy Cathy White co-founded the program in 2006 alongside her husband, John W. White, III. During Saturday morning’s ceremony, Impact 360 will dedicate the new Learning Center to Jeannette Cathy, White’s mother and wife of Chick-fil-A Founder S. Truett Cathy. Members of the Cathy Family, as well as city and county dignitaries, are expected to attend.

“We are very grateful for the life that my mother lived and her influence and impact on us personally. We are thrilled to be a channel of her influence into the lives of thousands of young people who will come in contact with Impact 360 Institute,” said White.