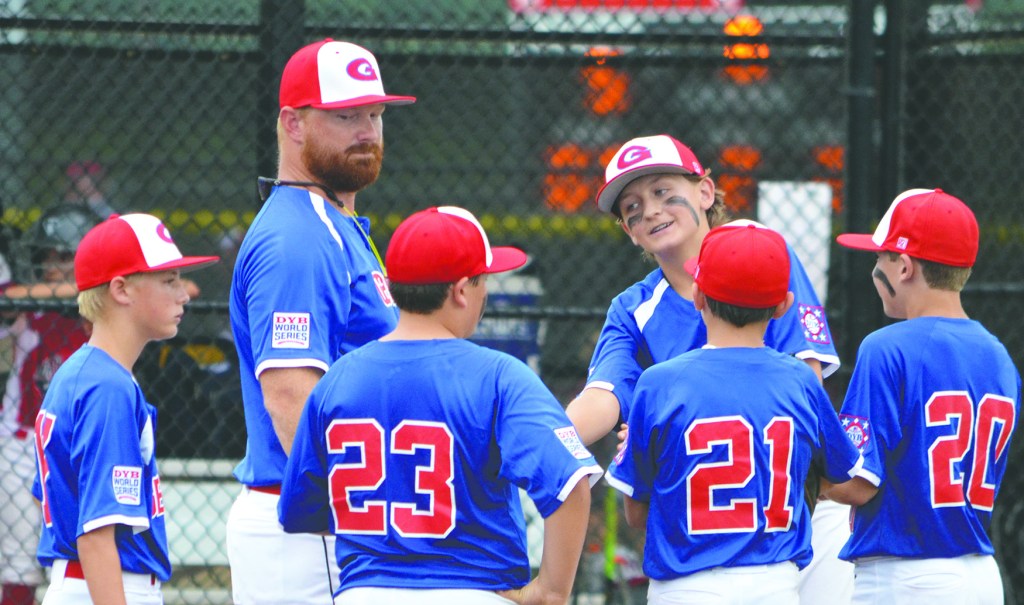 OXFORD, Ala. – Another day, another rainout.

For the second time in four days, the Georgia all-stars were unable to get on the field for a scheduled game in the Dixie Youth Baseball 11-12-year-old World Series in Oxford, Ala.

Georgia, which is made up of players who were a part of the Troup National team that won a state championship last month, was set to return to the field this morning as it looks to avoid elimination.

Georgia, which lost to North Carolina 7-0 on Monday, was supposed to play Arkansas on Tuesday afternoon.

That game, along with all the other ones that were on the schedule, was postponed because of rain.

Weather-permitting, there will be a full slate of games today.

There was no rain on Saturday, and Georgia opened its World Series stay with a 3-0 victory over Louisiana.

Georgia’s game on Sunday was rained out, and the team returned to Choccolocco Park on Monday to play North Carolina in the double-elimination tournament.

Georgia fell behind 2-0 in the first inning, and it was unable to rally, setting up a do-or-die scenario against Arkansas.

Georgia head coach Curt Longshore expects his players to give their best against Arkansas.

“This team, they seem to respond when they face adversity,” Longshore said. “I expect we’re going to come out (against Arkansas), and we may or may not win it, but I know we’ll give everything we can.”

While Georgia has beaten Louisiana and lost to North Carolina, Arkansas opened with a win over Virginia before losing to Florida.

Nine of the 12 teams remain in the tournament, and three of them haven’t lost.