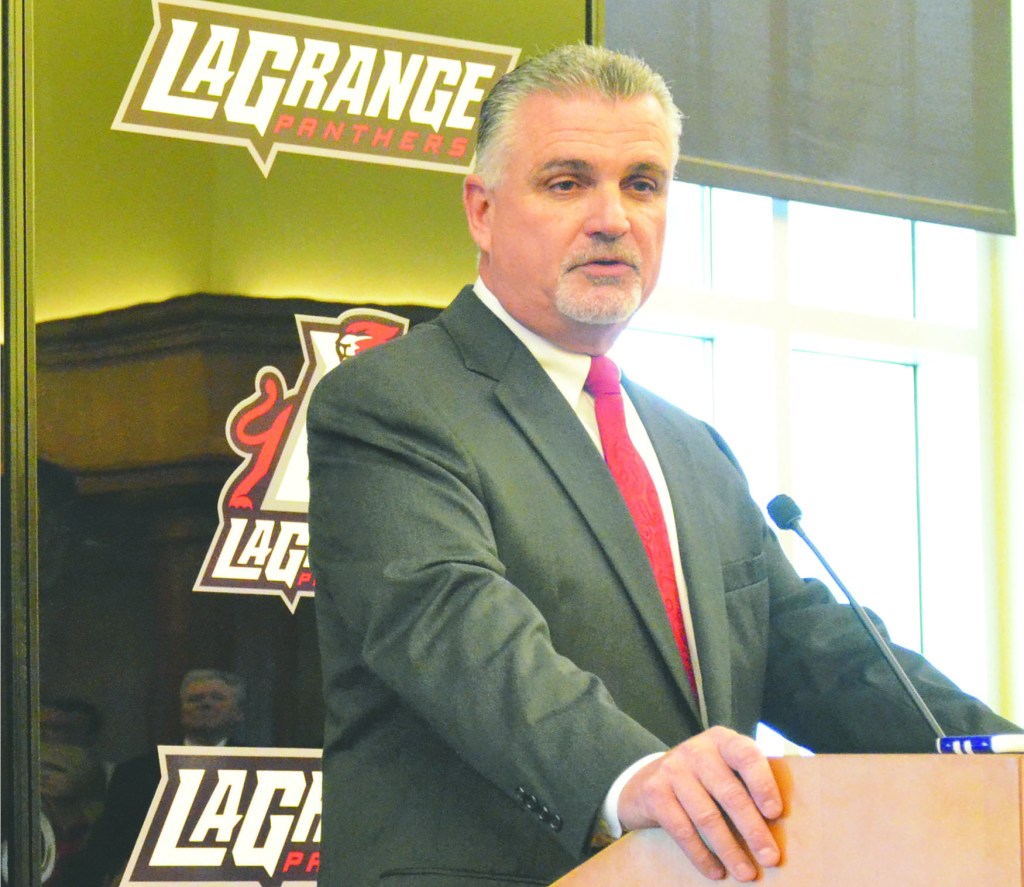 LAGRANGE – The journey to opening day begins in earnest for the LaGrange College football team today.

The players will report for preseason practice today in preparation for a new season that gets under way on Sept. 2 with a home game against Birmingham-Southern.

The Panthers will be under the direction of a new head coach this season.

Steve Pardue, who guided the LaGrange Grangers to three state championships, has taken over at LaGrange College for Matt Mumme, who left to become the offensive coordinator at the University of Nevada.

Pardue is the third head coach in the 12-year history of the program following Todd Mooney and Mumme.

Pardue got to know many of the players during spring practice, and he’ll have a month to get them ready for opening day.

After a stint as an assistant coach at the University of Kentucky, Pardue was the head coach at East Coweta for three seasons.

Now Pardue is eager to embrace a new challenge.

“We are going to go to work,” Pardue said in February when he was hired. “We’re going to work really hard, and we’re going to have a vision. I wanted to be a part of this college. Not just the football program, but all the athletic programs.”

LaGrange College’s only winning season came in 2008 when it went 9-2 and made it to the NCAA Division III playoffs.

Ring of Honor ceremony on tap