Ring of Honor ceremony on tap 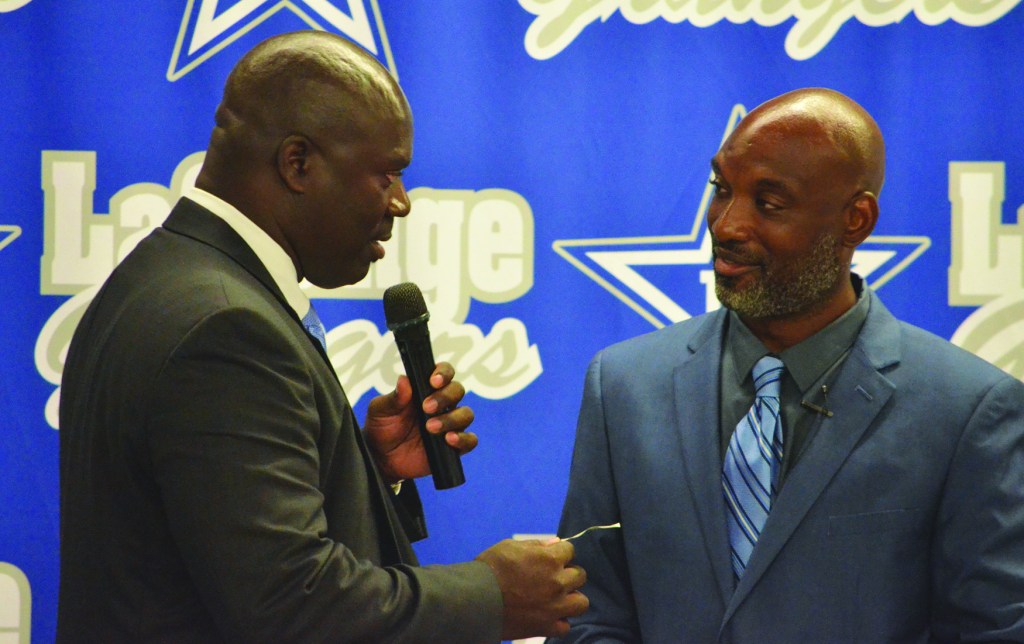 LAGRANGE – Five men will be welcomed into the LaGrange High football Ring of Honor this weekend.

The Ring of Honor was created last year, and a banquet was held to recognize the first five inductees.

On Saturday, a second banquet will be held in the LaGrange High auditorium, and the number of men in the Ring of Honor will be doubled from five to 10.

A year ago, it was Pat Hunnicutt, Oliver Hunnicutt, John Johnson, Wesley Woodyard and Jimmy Bursen making up the inaugural Ring of Honor class.

LaGrange head coach Dialleo Burks, who was a member of the 1991 state-championship team, wanted to start the Ring of Honor as a way to recognize the impressive history of the program.

He feels it also serves as motivation to the current players who are looking to build a legacy of their own, both on the field and off.

Once again, the members of the current LaGrange High football team will attend the banquet.

“I challenge you guys to really take in this information, what you’ve received, and apply it your lives, and what you guys are getting ready to do for LaGrange High and the community,” LaGrange head coach Dialleo Burks said during last year’s banquet. “We’re excited to see you make your own way, like these (inductees) have.”