How to protect your eyes during eclipse 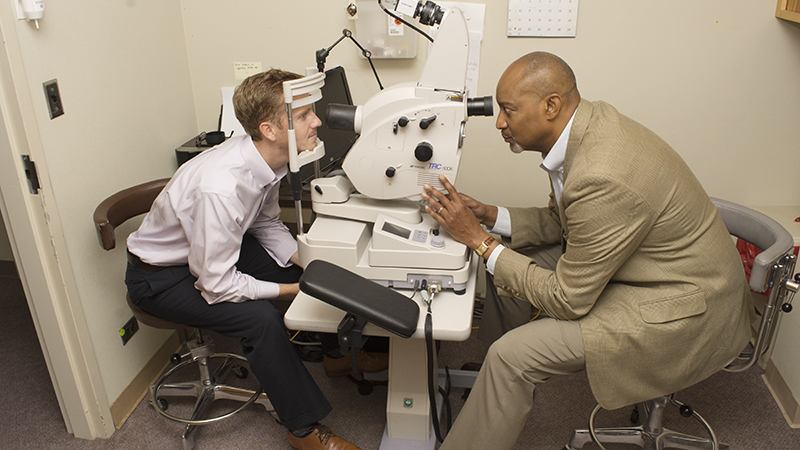 Local ophthalmologists are warning the public of the dangers of looking directly at next week’s solar eclipse.

The eclipse will take place Monday afternoon, lasting from approximately 1:05 p.m. until 4:02 p.m. LaGrange will receive a partial eclipse, with 94 percent of the sun being blocked by the moon.

Since the sun will never be completely covered locally, Dr. Larry Brack with Emory Clark-Holder Clinic LaGrange said there is no time where it’s advisable to look directly at the sun without special eyewear.

“What can happen is you can have a loss of vision, which can be permanent or temporary. There are wide range of problems you can have,” Brack said.

Brack said some people will see their vision go from perfect to as bad as 20/100 from staring at the sun too long. A lot of times eyes will recover in time, but in other cases eyesight is never fully recovered.

He said in the end it’s not worth the risk.

“It’s nice to witness it, but after it’s over it, it’s like OK, you’ve got that memory, you saw it, but you might have this lingering blind spot in your vision forever that surgery, glasses, medication, drops, whatever can’t remove,” Brack said.

Dr. Anna Kao, also an ophthalmologist at Emory at LaGrange, said many of her patients have asked this week about solar-eclipse glasses. She is referring anyone who asks to go to the NASA website. NASA is directing everyone to the American Astronomical Society website, which has a list of reputable vendors and brands on its website.

She’s also warning her patients not to use regular sunglasses. She said in many cases that can actually be worse than wearing no eye protection at all.

“The one thing I think is very crucial is people cannot wear just regular sunglasses,” Kao said. “What happens when we wear sunglasses is they are shaded so the pupil dilates. When it dilates, more light is coming in and it can be more damaging.”

Kao said any time looking directly at the sun could cause eye problems, even if it’s just a few seconds. She also cautioned that anyone that expects to look at it for just a second will likely end up staring at the rarity of the eclipse.

“It won’t be five seconds because they’ll look and say wow, that’s neat, and then next thing you know it’s already been two minutes that they’ve been looking at it,” she said.

Anyone hoping to buy glasses to view the eclipse might be out of luck though.

Many online vendors are sold out, and those who are still shipping glasses might not be able to deliver by Aug. 21.

“It may be too late to buy solar viewers in time for August 21st,” the American Astronomical Society warns on its website. “Most vendors are sold out!”

Both Kao and Brack recommended using a pinhole projector, which can be made using a box or tube and several other common household items.

“The pinhole method is tried and true. It’s not as fancy, you won’t see as much, but it’ll protect your eyes,” Brack said.

Brack also warned that people on certain drugs, such as tetracycline or psoralens could be more sensitive to light.

“You want to proceed with caution,” Brack said.

The entire list of reputable manufacturers of solar filters can be found on the American Astronomical Society website at https://eclipse.aas.org/resources/solar-filters. NASA will also livestream the eclipse, so the event can be safely watched as NASA.gov.