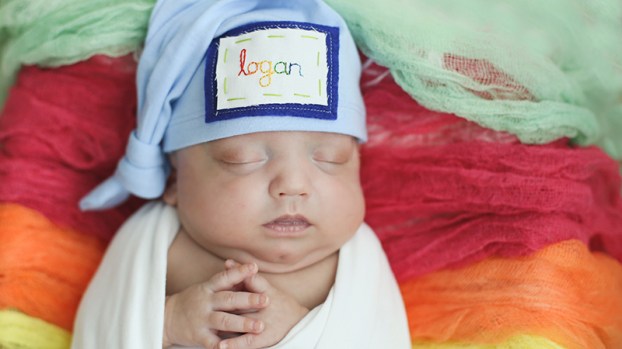 Logan Brulotte was born April 26th at 1 pound, 15 ounces at 25 weeks old. Logan is back in the hospital. --Contributed Photo | Giggles & Grins by Brittney York

Fundraiser to help with medical costs

A barbecue fundraiser has been organized for a local family trying to pay for medical and travel expenses as their baby is intubated in the hospital in Atlanta.

Mary Beth Brulotte and her husband Eddie welcomed a true miracle baby into the world on April 26. Logan Brulotte was born at 1 pound and 15 ounces and over 13 weeks early. His birth came after a complicated pregnancy, but his road to recovery is far from over.

Many are doing their part to try to help out.

Family friend Maurice Houston is organizing the barbecue fundraiser, which will take place Oct. 21 from noon to 2 p.m. at Diverse Power. Tickets are already being sold and the money will go toward helping the Brulotte’s pay for thousands of dollars in medical expenses.

“Anything will help,” Mary Beth said. “I have a lot to pay myself for being in the hospital and then Logan, his hospital bills are outrageous. All that combined, it’s going toward all of that.”

Mary Beth said her pregnancy with Logan was like a roller coaster ride of emotions.

She and Eddie were preparing to adopt but then she found out she was pregnant.

“It was a total surprise,” Mary Beth said.

At 14 weeks, she had a surgery to help prevent pre-term labor, but she got an infection, so she spent several days in the hospital. Only a few weeks later — at 21 weeks — her water broke.

“I bent over to get something in my closet and when I stood up I felt like my water burst,” Brulotte said. “I had made probably 10 emergency room visits already since I found out I was pregnant. It wasn’t anything new. I tried not to freak out because I was like ‘OK, I’m just going to go. Everything is going to be fine.’”

As it turns out, Brulotte’s water had broken. Understandably, the worst started running through her mind.

In 2013, she had lost a little boy 18 weeks into the pregnancy and she couldn’t help but wonder if that was going to be the case again.

“I started to panic because I had gone through it before,” Brulotte said. “I think I was 18 weeks when I lost my second pregnancy, so I was starting to prepare myself mentally for losing the baby.”

Doctors told her if she could hang on until 23 weeks there were many options they could provide, and they put her on bed rest. After 10 days at WellStar West Georgia Medical Center, she was transported by ambulance to Columbus Regional.

Her water broke March 26 and 30 days later, she gave birth to Logan on April 26.

Logan was born with chronic lung disease because his lungs aren’t fully developed, and he’s on oxygen.

“He needs oxygen until his lungs fully develop. His pediatrician told me it’s hopefully not a lifelong thing,” she said. “There’s a small percent chance that it will be something he will have for his whole life. Usually it’s just the lung tissue that has to develop and hasn’t developed. He will get better as he gets older.”

Logan was in the hospital for the next 91 days before going home July 26.

He’s done well and is up to more than 7 pounds, but was admitted back into the hospital over the weekend and has been medically paralyzed as doctors try to help with heart and lung issues he’s having.

Mary Beth, Eddie and their 8-year-old daughter Lily have managed to stay strong through the ups and downs of the last few months. Mary Beth said it’s because they are so thankful to give birth to another child.

“I think it’s amazing that I was given the opportunity to have another child,” she said. “That’s what gets me through it, the gift of another child. Losing a child, I feel like prepared me for this. I’m a lot stronger from that, and I’m just so thankful to have him that all these issues don’t matter to me. Getting through day by day is difficult. It’s just one day at a time.”

Tickets for the fundraiser will be sold this weekend at Diverse Power’s parking lot from 11 a.m.-2 p.m. Houston said he’ll also be available to talk to anyone that wants to help out the family in other ways.

“I couldn’t imagine what their going through,” Maurice said. “We can’t fix everything, but we can help with some bills and help get them a good home-cooked meal. Every little bit helps.”

Barbecue plates will be $8 apiece and will include a sandwich, chips and a drink.

There’s also a YouCaring site set up for the family.

As of Sunday night, more than $1,000 had already been donated, but much more is needed to cover travel and medical expenses. Money can be donated here: www.youcaring.com/marybethbrulotteeddiebrulotte-908460.

On Friday, Dunham’s Sports celebrated its new LaGrange Mall location with a ribbon cutting at the new location. The store... read more