Cougars move on after loss 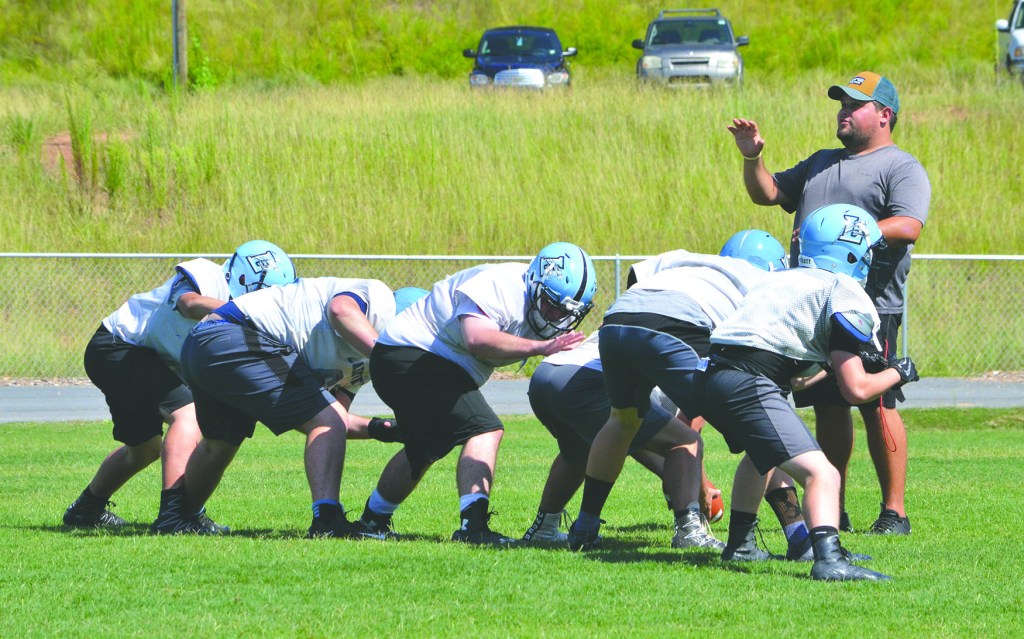 LAGRANGE – There were some encouraging moments early in Friday’s game for the Lafayette Christian School Cougars.

The first two times Lafayette Christian had  the ball, it moved deep into Solid Rock territory.

The offense didn’t score either time, but the Cougars did record a safety after making a tackle in the end zone to take a 2-0 lead.

That early momentum didn’t last, though.

Solid Rock built a 25-2 halftime lead, and it went on to claim a 37-15 victory in the season opener for both teams.

The Cougars rallied in the second half and scored a pair of touchdowns, but the deficit was too great.

Lafayette Christian will look to even its record when it hosts New Creation on Friday night.

“There are some good things I think we’ll see on film,” Lafayette Christian head coach Nate Shaw said. “Now, we know what it’ll take to play on Friday night.”

Among the bright spots was the performance of the running game.

Quarterback Landon Whitley and running back Jacob Lueken each had more than 100 yards on the ground.

Also, Cason Firth had a touchdown reception from Whitley,.

While Solid Rock was able to put 37 points on the board, Shaw was pleased with what he saw from the defense.

“We had several good defensive stands in the red zone to keep the score down,” Shaw said. “Our defense really battled to keep the score from getting out of hand. They were trying to put more on us, but they couldn’t. (Defensive coordinator) Kevin Payne called a strong game.”

Trailing 31-2, the Cougars got a 45-yard scoring pass from Whitley to Firth with seven minutes left in the third quarter.

In the fourth quarter, Firth was in at quarterback, and he hooked up with Karvelas for a scoring pass of about 12 yards.