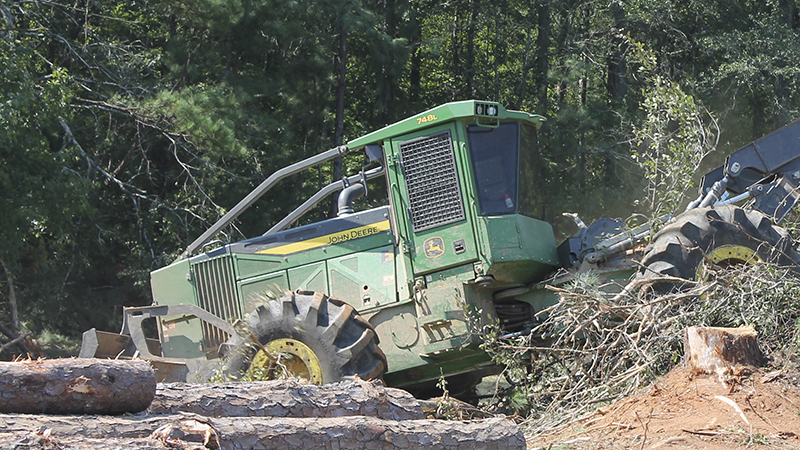 It doesn’t yet have an official name, but work is already underway on Troup County School System’s new elementary School.

Excavation and logging has started at the new site, which will be located at 1905 South Davis Road. An official groundbreaking ceremony will be held Thursday, Aug. 30 at 3:30 p.m.

The school, currently referred to as elementary school “A” will replace Whitesville Road Elementary School.

“The current facility has met its life expectancy. It was once Troup High and was never fashioned as a school for lower grades. After reviewing our long-term facilities plan, we noticed it cost more to maintain and fix the campus than it did to replace the building,” said John Radcliffe, Assistant Superintendent of Operations. “We are grateful for the community support in the 2016 Education SPLOST election, which contained the replacement of the elementary school on Whitesville Road.”

At its August board meeting, the Troup County Board of Education voted to accept the guaranteed maximum price package submitted by Carroll Daniel Construction Company. The GMP allows for site work in preparation for road ways, foundation work, electrical, water and sewer and site improvements to begin.

“They should start to move dirt sometime later this week,” said Radcliffe said at last week’s board meeting. “We are still on track to open in August of 2018. We have hit all of our milestones so far, and we are still on track for substantial completion in late May of 2018.”

Radcliffe said there’s “silky sand” about 15 feet below ground that they are going to take care of before getting deep into construction work.

“We want to get that out of there, so there’s no settling in the school,” Radcliffe said. “We want to make sure the foundation is solid on this new school.”

He noted past incidents, such as at Troup High School in 2010, where they had to lift the school up after parts began sinking.  The school system has budgeted $16 million to construct the new elementary school.