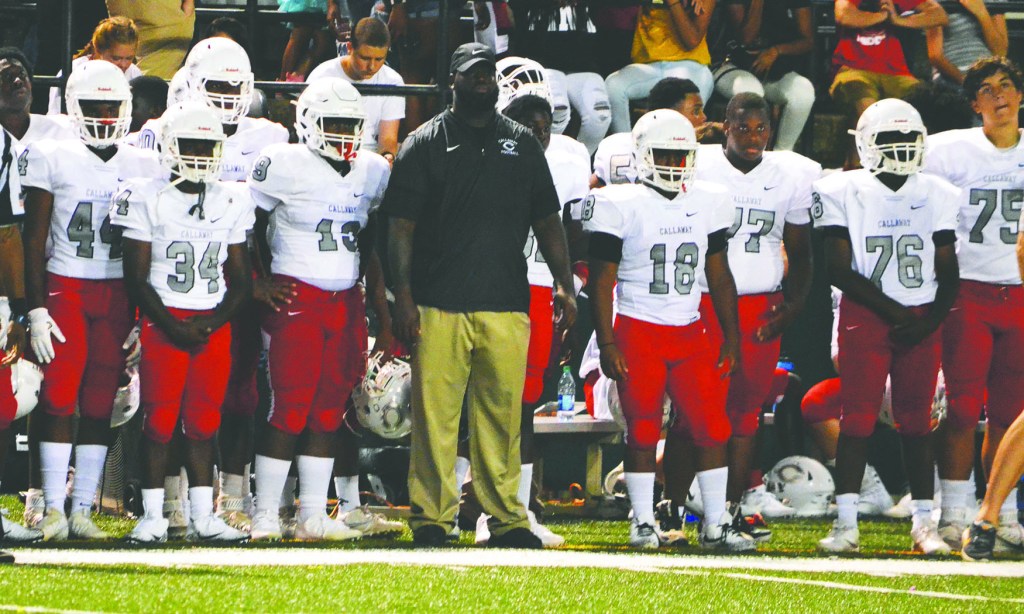 It was a big win at the time, and it only grew in stature as the season went along.

In its second game of the 2016 season, the Callaway Cavaliers staged a second-half rally to beat home-standing Handley 42-28.

Both teams went on to enjoy sensational seasons.

Callaway finished 13-1 and reached the Class AA semifinals before losing to Benedictine, while Handley won the Class AAAA state championship in Alabama.

On Friday, those two powerhouse teams will meet again, and this time the setting will be Callaway Stadium.

Callaway opened its season with a 26-0 win over LaGrange, while this will be Handley’s opener.

The Callaway vs. Handley showdown will be one of four games featuring local teams this week.

The week begins on Thursday with LaGrange hosting Griffin.

On Friday, Troup will look to move to 3-0 when it visits Lamar County, while Lafayette Christian will host Hearts Academy.

While Callaway and Handley both suffered significant personnel losses following the 2016 season, they both figure to be in the championship picture once again.

Handley is ranked first in Class AAAA in Alabama, and it will carry a 13-game winning streak into Friday’s game.

Callaway is ranked third in Class AA, and it will put a 20-game winning streak in the regular season on the line.

In the week’s other game at Callaway Stadium, LaGrange is hoping for a change of fortunes after two tough games to begin the season. After losing to Callaway 26-0, LaGrange fell to Villa Rica 50-0.

Griffin, which beat LaGrange 51-0 a year ago on the way to an 11-2 record, opened this season with a 36-7 victory over Spalding County.

Lafayette Christian is seeking its first win after opening with losses to Solid Rock and New Creation.