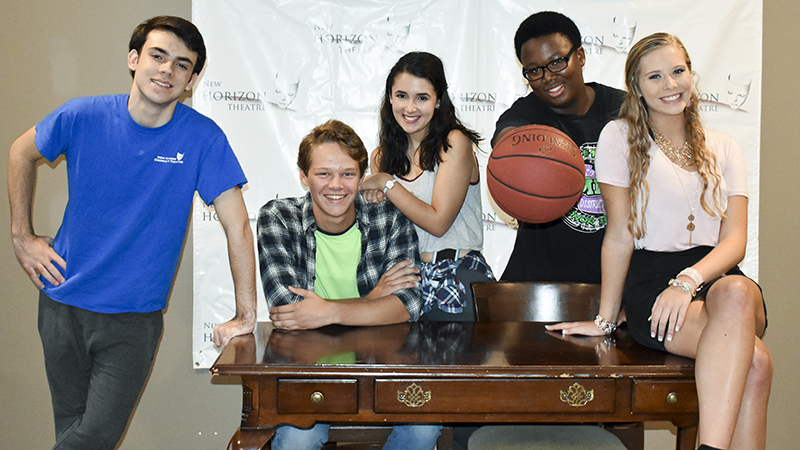 WEST POINT — Actors at New Horizon Community Theatre are getting ready to “Bop to the Top,” with their performance of High School Musical on Sept. 7.

More than 50 local children and teens ages 10 to 17 will participate in the show, which is directed by Noelle Reed. High School Musical is based on the Disney Channel Original Movie that explores what happens when a jock and a brainiac challenge high school expectations by auditioning for a school musical. The show will feature favorite characters from the movie as well as its memorable soundtrack performed by New Horizon’s young cast members.

“I know that everyone in the cast is passionate about this show,” said Jahwill Fannings, who plays Chad. “There are some shows that you are looking into doing to get more experience, but this one is a fan favorite.”

The main cast is made up of high school students who have a special passion for the musical which inspired many of them to participate in theatre.

“I feel like this is one of my first roles where I’m really feeling the character and everything,” said Jackson Landreau, who plays Ryan. “This is what I’ve wanted to do since I was a kid, so it is great for me.”

Other performers echoed those thoughts.

“It’s something that I grew up with, and it is the first thing that really got me into theatre,” said Cydney Landreau, who plays Gabriella. “It has been the part that I’ve been wanting to do since I was 6 or 7 [years old], so it has been really fun and something that I can really focus on which is really, really great.”

The parts are especially relatable to the actors who are faced with some of the same decisions as their characters in their daily life. For the performers, the decision to play sports or be in a play isn’t just something to act out on stage.

“He has to make choices between sports or performing, and I’ve had to make some choices,” said Dane Bateman, who plays Troy. “I’m not doing any sports this year because I’m performing.”

That commitment to attend practices and work on musical numbers is one that the actors made out of love for both acting and the musical itself.

“Drama is the biggest part of my life other than tennis, but I actually gave up cheerleading this year to do High School Musical because drama is one of my favorite things,” said Kaylee Key, who plays Sharpay.

The young performers all commented on how much fun they have had getting ready for the performance, but for the main actors, who have primarily participated in school performances previously, it is also the opportunity to experience the more serious atmosphere that comes with working in a more professional setting.

“I’ve been in other school plays and other outside plays, and they’ve never been as professional and official as this play,” Fannings said.

High School Musical will be performed at New Horizon Community Theatre, located at 411 W 8th Street in West Point, on Sept. 7-9 at 8 p.m. each day, with a matinee showing at 2 p.m. on Saturday featuring younger actors in lead roles. Tickets are available at Nhct.org.