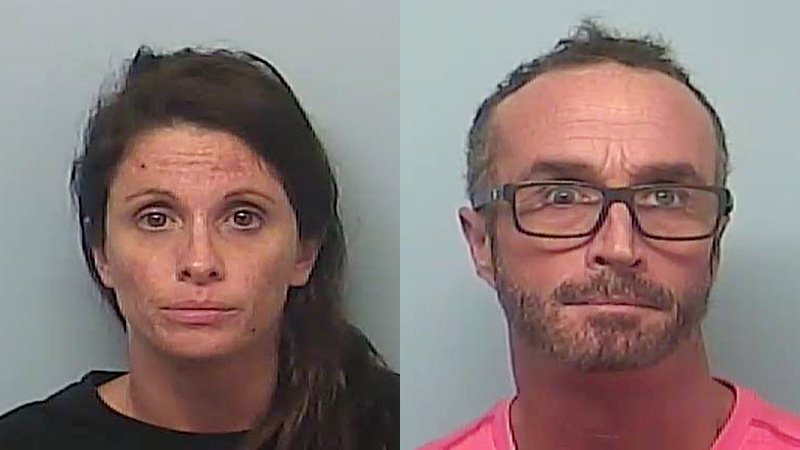 Amy and Matthew Livingston were arrested on Wednesday for numerous counts of identity theft and other charges.

A LaGrange couple was arrested Wednesday on charges of insurance fraud, identity theft, forgery and exploitation of an elderly person after a lengthy investigation by the fraud division of Georgia’s Insurance and Safety Fire Commission.

According to a press release from the Georgia Department of Insurance, Amy Livingston, 34, and her husband Matthew Livingston, 48, were arrested at their home on Newton Road in LaGrange Wednesday following a six-month investigation by the fraud division. The investigation found that Amy, an active insurance agent, and Matthew, a former insurance agent, used the identities of Matthew’s former clients to create and submit fraudulent applications for life insurance without the client’s knowledge or approval.

“My fraud investigators discovered that the couple worked together to illegally obtain approximately $11,453 in commission fees by issuing fraudulent documents to insurance companies,” said Insurance and Fire Safety Commissioner Ralph Hudgens. “With additional evidence still coming in, we expect the amount stolen to increase to well over $100,000.”

Investigators found that Amy had collected advanced commission payments of more than $11,000, according to the press release.

Hudgens is urging anyone who has purchased insurance from either of the Livingstons to verify the coverage with the insurance company listed on the policy or to contact the consumer services division at (800) 656-2298.