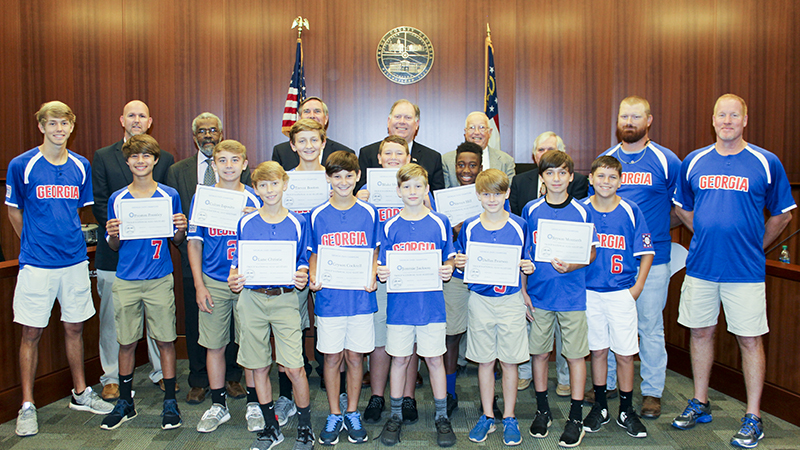 The Troup County Board of Commissioners recognized the Troup National 11 and 12-year-old All Star baseball team Tuesday for its success this year.

The team was recognized for its wins at the Dixie Youth Baseball tournament, state level tournaments and at the World Series tournament in Oxford, Alabama.

Several commissioners said they were proud of the job the team did representing the county at both the state and national level.

“I know that everywhere I went, people were asking about that game, so they were glued in on what was going on with that team,” County Commission Chairman Patrick Crews said.

The team’s sportsmanship and reputation within the tournaments was also noted.

“They played very well,” Troup County Parks and Recreation Director Cajen Rhodes said. “They played with class, and they played the game the way it was supposed to be played.”

The Troup County Board of Commissioners is scheduled to meet again on Sept. 19 at 9 a.m. at 100 Ridley Ave.