Cleveland, Dyas to wed in November in LaGrange 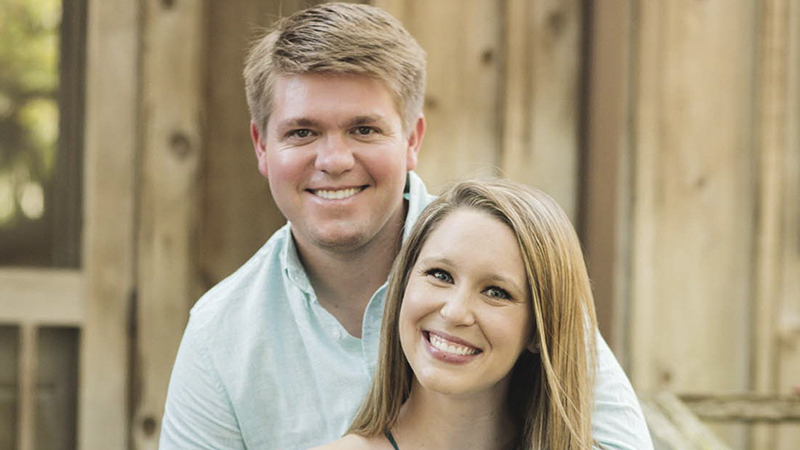 Mr. and Mrs. Bobby and Mary Jane Cleveland of LaGrange announce the engagement of their daughter, Charmaine Nichole Cleveland to Hunter Corte Dyas, son of Art and Ellen Dyas of Fairhope, Alabama.

Ms. Cleveland, a 2007 graduate of LaGrange High School and 2011 graduate of the University of Georgia, is an analyst at the Refugee Processing Center in Washington, D.C. She graduated from Georgia with a Bachelor of Arts in political science before receiving a Masters of Public Administration from Auburn University in 2013. She is the granddaughter of Mr. and Mrs. Eugene F. Ritter of Johnstown, Pennsylvania, and the late Mr. and Mrs. Robert C. Cleveland.

Mr. Dyas graduated from Bayside Academy in Daphne, Alabama in 2007 before attending Auburn University, where he graduated in 2012 with a Bachelor of Architecture. He is now employed with Grimm and Parker Architects as a project architect in Washington, D.C. He is the grandson of Mrs. Charles L. Dyas, Sr. of Mobile, Alabama and the late Mr. Charles L. Dyas, Sr. and the late Mr. and Mrs. Guy R. Hunter.

The wedding ceremony is planned for Saint Peter’s Catholic Church in LaGrange, with reception to follow at Highland Country Club on Nov. 18, 2017.

Angstadt, Haralson to wed in November in Pine Mountain