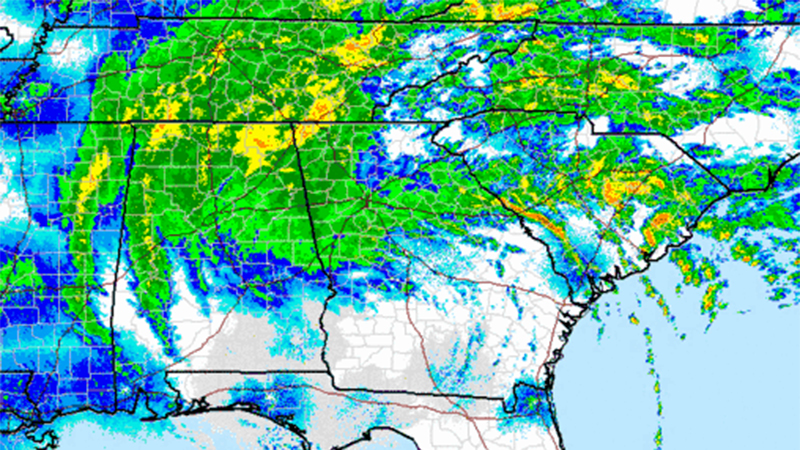 Irma was downgraded to a tropical depression after 11 p.m. Monday night.

The former category four hurricane had spent the day dropping heavy rain and winds over Georgia as a tropical storm. As of 9 p.m., estimates were that LaGrange had received 5 inches of rain but more was still falling.

Irma knocked down trees around LaGrange, but utility workers had restored power for many by Monday evening. It was unclear Monday night how many were still without power.