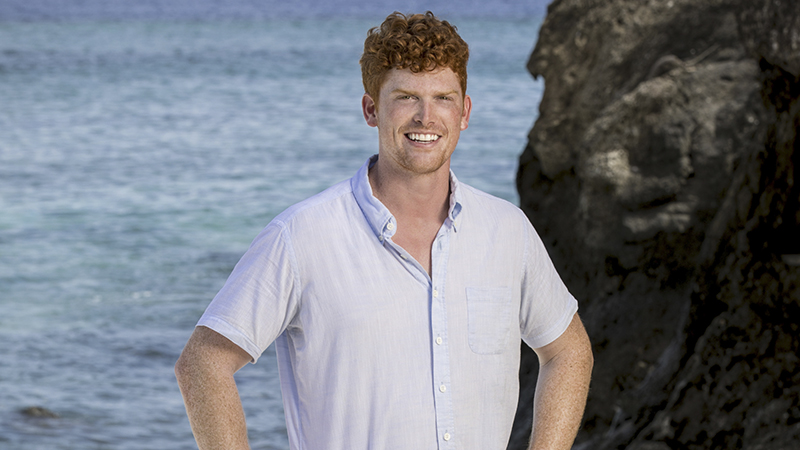 Patrick Bolton, will be one of the 18 castaways competing on SURVIVOR this season, themed "Heroes vs. Healers vs. Hustlers," when the Emmy Award-winning series returns for its 35th season premiere on, Wednesday, September 27 (8 to 9 p.m. ET/PT) on the CBS Television Network. (Photo: Robert Voets/CBS ©2017 CBS Broadcasting, Inc. All Rights Reserved.)

Patrick Bolton has always been a big fan of the show Survivor. Now, he can say he’s more than a fan.

Bolton, of Lanett, Alabama, participated in the upcoming season of the show, titled “Survivor: Heroes v. Healers v. Hustlers.” Bolton, who has many ties to West Point, considering he spent many of his childhood days playing sports, currently lives in Auburn, Alabama.

Starting Wednesday, Sept. 27, everyone will be watching how Bolton plays.

“Going into the game, I had a lot of expectations of what the game could present to me and what I should be expecting,” Bolton said. “Once I got there, there were a lot of surprises.”

Bolton said he’d watched a lot of Survivor before going into this year’s show in Fiji, so he felt prepared.

“It was definitely like a dream getting there and getting to experience what Survivor was about,” Bolton said. “I definitely was glad I got to go through that experience.”

He said at first his casting agent called and joked that Bolton hadn’t made the show. Then, he told him that he was going to be a castaway on a show he’d been watching his whole life.

“I’m pretty sure I screamed as loud as I could. I was so excited,” Bolton said.

“It’s hard to keep everything in. My neighbors were probably wondering why I was screaming.”

The Survivor cast was publicly announced at the end of August, and Bolton said since that time he’s been recognized by several people.

“I have seen quite a few strangers messaging me on online on online profiles on Instagram, Facebook or Snapchat,” Bolton said. “It is interesting to see how that does play out and how many people are interested in the show.”

Bolton and his brother, Stephen, own and operate Bolt Movers, a moving company in Auburn and Nashville. The small business owner said that he was looking at his time on Survivor as a business trip.

“My primary motivation is to win a million dollars! I’m a businessman, and this is a business trip,” Bolton said on his Survivor profile.

He’s sworn to secrecy on what happens this season, but he said it’s going to be a fun year for fans.

“It’s a game of being physical, being part lucky and being able to communicate well. Nothing is ever certain in the game, and you can always speculate the way the outcome will be after watching conversations and listening to the way people are going to vote, and there will also be a surprise that will shock you,” Bolton said. “That’s the part that keeps people coming back to Survivor — the uncertainty and the surprise that comes with it. It’s like a roller coaster of emotions.”

This is the 35th season of Survivor.

The show airs on CBS.