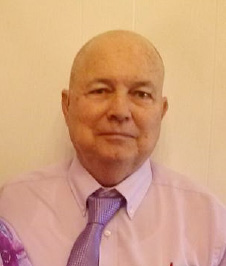 UPDATED: The Troup County Sheriff’s Office says that James Ralph Taylor has been found. He is being reunited with his family.

The Troup County Sheriff’s Office is looking for assistance locating James Ralph Taylor, 73, who went missing on Tuesday around 4 p.m.

The TCSO responded to a call regarding a missing person on the 300 block of Jim Turner Road on Tuesday, when Taylor’s wife became concerned because he had not returned home. According to Sgt. Stewart Smith, Taylor was last seen driving a Buick Lesabre with Georgia tag WPZ247 when he stopped at Charter Bank on S. Davis on Tuesday at 4 p.m.

According to a press release from TCSO, Taylor has dementia and Parkinson’s disease. He is estimated to be 5 foot 7 inches tall and weighs around 200 pounds. According to the release he “has grey hair, brown eyes and was last seen wearing black tennis shoes, black pants, a black t-shirt and red polo. He was also wearing a black fedora hat and a dark brown jacket.” Taylor may have scratches or bruising on his face.

“There is nothing suspicious at this at this point, and I’ve not been led to believe that he could be in danger or anything like that,” Smith said.