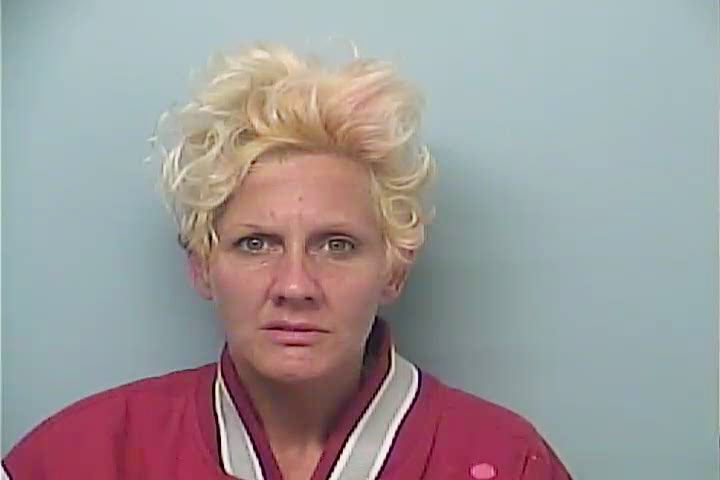 A woman was arrested Tuesday after she was found in possession of a stolen vehicle, suspected methamphetamine and other items valued at more than $5,000.

Veronica E. Gay, 38, allegedly stole the vehicle from a residence in unincorporated Troup County, according to Sgt. Stewart Smith with the Troup County Sheriff’s Department. Gay was found in possession of the vehicle and other items at her home on Baldwin Street, Smith said.

She had been a suspect in the theft and is currently in the Troup County Jail.

Gay has been charged with theft over $1,500 and theft of a motor vehicle, Smith said.

She was also charged with Violation of the Georgia Controlled Substances Act, amphetamine possession, according to arrest reports from the Troup County Sheriff’s Office.

The LaGrange Police Department arrested Gay after an incident on Handley Street Tuesday morning around 10:38 a.m. Officers responded to a call of an abandoned vehicle, a 2006 Toyota Highlander, located behind Antioch Baptist Church. Officers ran the vehicle’s license plates, which came back to a 1995 Chevrolet 1500, so they ran the vehicle’s vin number. The vin number results showed that the Highlander was stolen Sept. 9 and that it was reported stolen by the Troup County Sheriff’s Office.

According to the LaGrange police report, while officers were looking for Gay on Baldwin Street, a neighbor approached them to report a theft. She told police she noticed her blue and white patio table missing several days ago and when she asked Gay about it, Gay said she took it, and it was now in her kitchen.

While the neighbor was reporting the theft to an officer, another officer saw Gay jump out of a second-floor window on the backside of the building. Officers quickly apprehended her.

Gay was wearing only a black and red letterman jacket when she was apprehended by officers, according to the LaGrange Police Department police report.

At first, officers told Gay that she was being detained until a Troup County Sheriff’s Office investigator could speak with her.

However, while talking with officers, the LPD report said Gay repeatedly reached for her purse. After asking her if there was anything illegal in the purse, Gay told officers there was a meth bowl inside.

Police were given permission to search her purse and found a smoking device containing suspected methamphetamine in plain sight, the report said. According to the report, an officer also saw a Toyota car key in the purse.

Gay was then arrested. Gay said the key belonged to the abandoned Toyota white Toyota Highlander at the Antioch Baptist Church.

Gay also gave officers’ permission to go inside her apartment to get her neighbor’s table. The table was recovered.