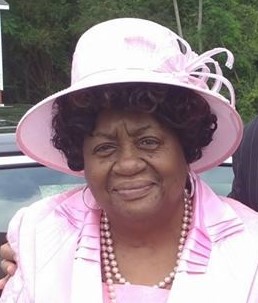 Mrs. Ethelene Ellen (Eleanor) Ridley Chivers was born on May 23, 1944, in Clem (Carroll County) Georgia to Luther and Amy Ridley.

On Monday, Sept. 11, 2017, she peacefully transitioned from this life to her Eternal Spiritual Life at WellStar West Georgia Medical Center.

At an early age, she gave her life to Christ.  Ethelene was a member of the Mt. Lowell Baptist Church. Later, she joined the First Baptist Church in Carrollton, Georgia. “Peaches”, which was her childhood nickname, was a 1961 graduate of Carver High School in Carrollton, Georgia. There she was a cheerleader and member of the Carver High School Marching band.

Ethelene was employed by Tanner Medical Center in Carrollton, Georgia where she served as the managing supervisor of Sterile Processing for 35 years. She retired in 2000 when her health began to decline.

She is preceded in death by both her father and mother, beloved sister Jean Farris, mother-in-law, Evangelist Emma Lou Cooley, and best and cherished friends, Gwendolyn “Neet” Stegall, Lucille Brewer and Shirley Lockhart.

The service will be Sunday at 2:30 p.m. at Faith Temple Church of Deliverance, LaGrange, Georgia. Assistant Pastor Mildred T. Jackson will officiate.

You may express your condolences or sign the guest book by visiting www.lakesdunsonrobertson.com.

The family will be at their home at 100 Genes Place.

The excellent care of Mrs. Chivers is being provided by Lakes-Dunson-Robertson Funeral Home.